Basis points (bps) in finance is the smallest unit to measure return on bonds, note, other fixed income securities, and interest rate quotes. A basis point is also used to show a minor percentage change in interest rate, the yield of bonds, etc.

The use of BPS avoids such ambiguity. If an instrument that was yielding 15% of the rate of interest and there is an increase of 50 BPS, this clearly means the new rate of interest is 15% +0.5%= 15.5%. 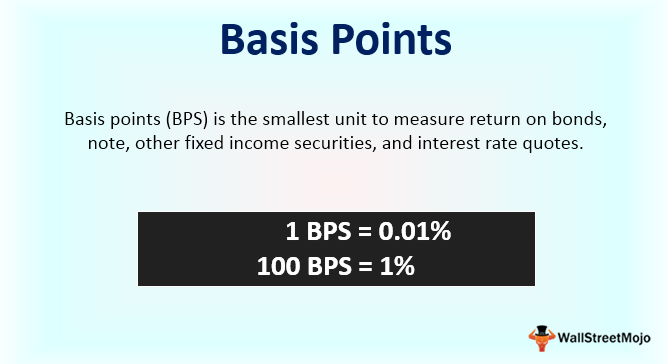 The following are some points to understand basis points (bps) in finance better. 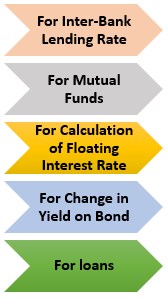 In the newspaper, we generally read the news like the Federal Open Market Committee has lowered its benchmark fund rate by 25 basis points. This means that now the bank will cut the overnight lending charge to other banks by 0.25 %.

As an investor, when we look for mutual fund and exchange-traded funds, we look into a very important parameter called Expense Ratio – which is a kind of annual fee which is deducted by the fund manager from the asset. Generally, the expense ratio is measured in BPS as if the expense ratio is 175 BPS, and then the fund manager will deduct 1.75% of the total asset as fund expense every year.

When we hear news like a bank has reduced the home loan lending rate by ten basis points, then this states that now Home loan has become cheaper by 0.1 %.

BPS also used to measure whether banks are passing the benefits of the rate cuts by the central bank to the consumers or not. Like if the Federal Open Market Committee (FOMC) cut the rate, then the bank should also reduce the prime lending rate, and the interest rate on loans should come down. If rates are not coming down, then the banks are not passing the benefit of the rate cut to consumers, So the consumer can switch their loan to other banks with lower interest rates.

Suppose Adams has invested $10,000 in a bond that usually yields an interest of 4%. A year later, rates have dropped by 100 basis points (reduced by 1%), which means now the same bond after a year yields 3%. So the value of bond purchase a year back yields a higher return that is $400 as compared to the same bond purchased after a year that yields are $300.

#5 – For Calculation of Floating Interest Rate

Calculation of Basis Point in Finance

Below are the examples to explain bps calculation.

A Bank has cutdown Home loan lending rate by 25 basis point from 8.75%, so in this case, the new lending rate will be as follows:

So, Rate Cut in percentage will be – 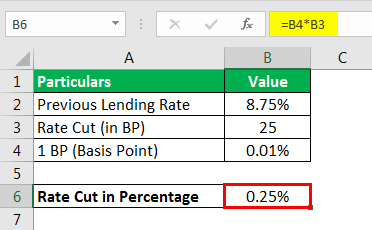 New Lending Rate will be – 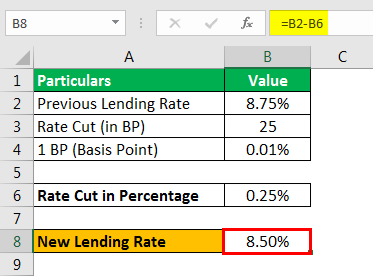 Adams purchased a short term fund that gave a return of 10% in a year on which the expense ratio is quoted as a 25 basis point. So, in this case, the net return on investment will be:

Basis point value also is known as DV01, represents the change in the value of the asset when the yield on asset change by 1 BPS. Instead of using a basis point change, the price value of a one basis point is used to represent changes.

For Example, there is a Eurodollar future contract with the face value of is $100000 that tracks 3 months LIBOR. So its BPV will be:

Some of the advantages of BPS are as follows –

Basis Points (BPS) is the smallest unit of measuring yield on the bond, note, and other fixed-income Security. One basis point is equal to 1/100 of one percentage point or 0.01. BPS is commonly used by the stakeholders in the financial market because it brings clarity to the discussion.

This has been a guide to what is Basis Points (BPS) and its definition. Here we discuss the examples for the calculation of basis point value in finance along with its advantages. You can learn more from the following articles –