What is Fixed Income Investment?

Fixed Income Investment is a type of investment in which the investor is provided with the income which is fixed and relatively stable over a period of time in the form of dividends or interests. Under the fixed-income investments, the borrower or the issuer of the securities is obliged to the payments of the fixed amount on the fixed specified schedule. These fixed investments are generally issued by the companies and the governments in the form of the debt securities for raising the money to fund their day-to-day operations and also to finance large projects.

From the perspective of the investors, if they invest their money in these fixed-income investments, then they will get paid the set interest rate, which is fixed in exchange for the money which is given by them to the issuer of the investments. The fixed payments received are known as the coupon payment and the date when the investors will be repaid. The original amount (principal amount) invested by them is known as the maturity date. 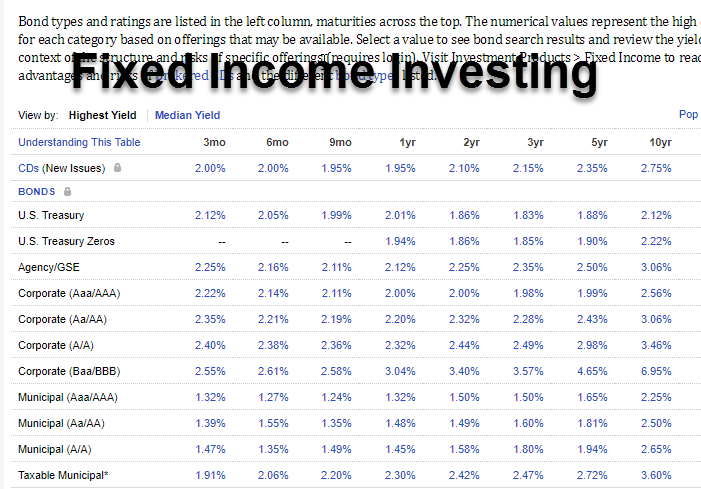 There is a company that issues a 6 % coupon bond having a face value of $ 1,000 with a maturity period of three years paying interest annually. Joseph, an investor, wants to invest his money amounting to $ 1,000 in the bond and will redeem it at the end of three years period only. Now, since the company has issued the bond, it will have to pay the interest at the rate of 6 % annually to all the investors.

These interest payments are the fixed income, which will be received by all the investors in the bonds of the company and are also known as the coupon payments. As a result, Joseph will be paid $ 60 per year ($ 1,000 *6 %) for three years till the time for the maturity of the investment, and at the time of maturity, Joseph will be repaid the $1,000 which was initially invested by him for purchasing the bond.

The payment of these fixed incomes on the investments can be done monthly, quarterly, semiannually, annually, or as per the terms and conditions of the bond as decided at the time of issuing it.

Along with the advantages of the fixed-income investment, there are some disadvantages or limitations as well of the same, which are as follows:

Fixed-income securities are more stable in nature when compared with the pure equity holdings, and the main focus of the fixed income investment is on generating the fixed amount of income to the investor and not on the appreciation of the capital. During the time of economic downturn in the market, investors rely on these asset classes more than any other type of investment.

This has been a guide to what is Fixed Income Investment and its definition. Here we discuss the example of fixed-income investments along with the advantages and disadvantages. You can learn more about fixed income from the following articles –