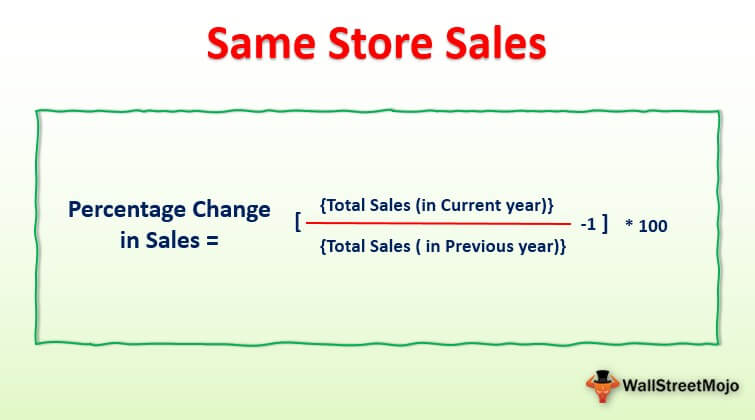 What Are Same-Store Sales?

Same store sales or comparable-store sales or like store sales is a method adopted by the management for evaluation of financial growth by evaluating the change in the turnover of an existing outlet in the current time by comparing it with the last year’s figure generated during the same period.

The formula is given below

For understanding the concept better, let’s take an example;

For example, a company ABC Inc. is a manufacturing company, and it has ten outlets throughout the state. The management wants to evaluate the performance of its two oldest outlets, ‘P’ & ‘Q,’ through evaluating the sales booked in February & March.

Following are the sales figures available for the outlets, evaluate the performance of the outlets through the Same Store Sale method:

Performance of Outlet – P for the month of ‘February’ – 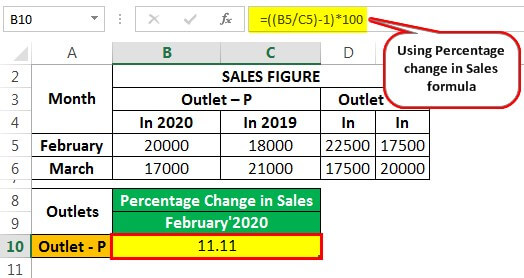 Performance of Outlet – Q for the month of ‘February’ – 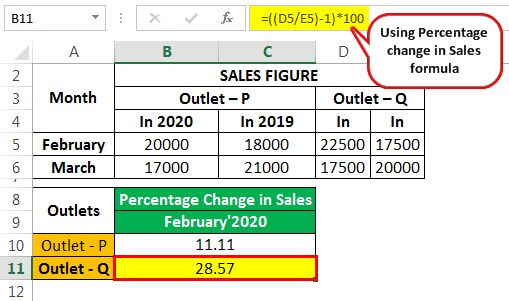 Similarly, performance for March could be evaluated; and the result would be;

Performance of Outlet – P for the month of ‘March’ – 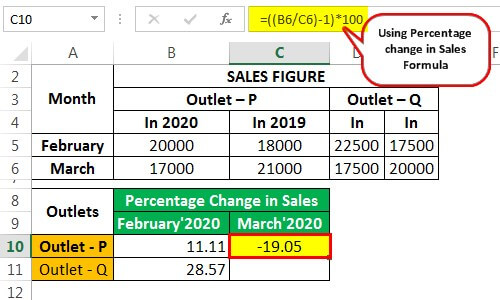 Percentage change in Sales = – 19.05 % (negative since the sale volume decreased)

Performance of Outlet – Q for the month of ‘March’ – 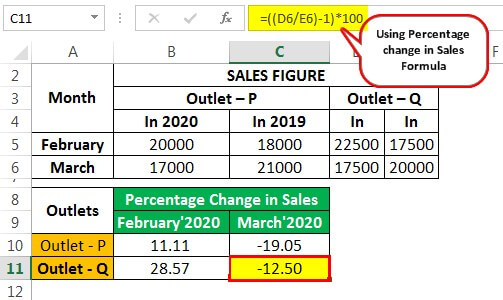 This method utilizes the equivalent figures that are comparable to evaluate the percentage of change and the performance of a part, a store, or an outlet of organization. In the above example, we can evaluate that the figures of the same outlet have been compared with the figures of the same period in both the fiscal years, which makes it more favorable an equivalent comparison. In case of comparison of figures for outlet P & Q for February, there is an 11.11% & 28.57 % increase in total sales of both the outlets respectively in the year 2020, whereas, in March, there is a decrease in total sales by 19.05% in case of Outlet P & 12.50% in case of Outlet Q. So this helps the organization to keep track of its total performance regarding sales and identifying its strong point and weak areas at the same time.

Same-Store Sale Chart could also be formulated for the above example: 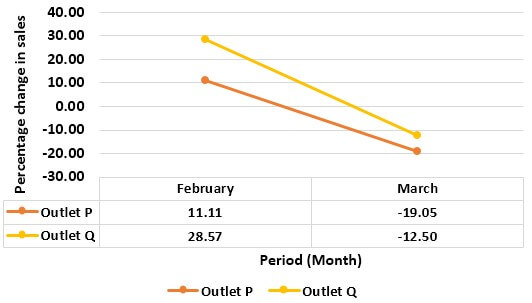 It shows the percentage change in sales figures for the period the same is calculated. It helps to evaluate the frequency of fluctuation and derive the stability in the business of the concerned unit or outlet.

Same Sale Store helps management, investor, and market analyst to analyze the future performance of a store and whether product demand is increasing in the market.

The same sale store metric is useful for management for making decisions regarding the continuation of existing retail stores and opening new retail stores. If a store is not performing well, then management can decide to shut down that particular store. This concept gives a clear picture of the growth of a retail chain, whether the store is performing and growing, or a few corrective actions required for maintaining growth. Investors prefer to see significant growth in a firm or company, this metric gives that comparison, and investors can analyze whether a retail chain is a growing firm or not.

The same Sale Store method utilizes the figure for sales of the already existing store or unit or outlet of a company for the same period in two different fiscal years. Evaluation of such helps the company to keep track of their unit having better performance and the unit with the weaker performance and thus plays a crucial role in decision making procedure for the management to focus on the more vulnerable areas and thus maintaining the overall functionality and performance of the company.

This article has been a guide to What are Same-Store Sales and its definition. Here we discuss formula to calculate same-store sales along with the practical example and interpretation. You may learn more about Investment Banking from the following articles –