Extrapolation Formula refers to the formula that is used in order to estimate the value of the dependent variable with respect to independent variable that shall lie in range which is outside of given data set which is certainly known and for calculation of linear exploration using two endpoints (x1, y1) and the (x2, y2) in the linear graph when value of point which has to be extrapolated is “x”, formula that can be used is represented as y1+ [(x−x1) / (x2−x1)] *(y2−y1).

Suppose that the value of the certain variables is given below in the form of (X, Y):

Based on the above information, you are required to find the value of Y(6) using the extrapolation method.

Use the below-given data for calculation.

Calculation of Y(6) using extrapolation formula is as follows, 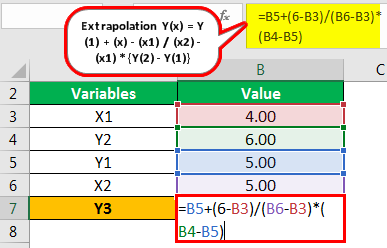 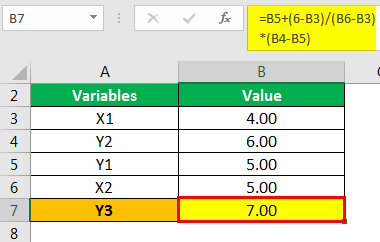 Mr. M and Mr. N are students of the 5th standard, and they are currently analyzing the data given to them by their math teacher. The teacher has asked them to compute the weight of students whose height will be 5.90 and has informed that the below set of data follows linear extrapolation. 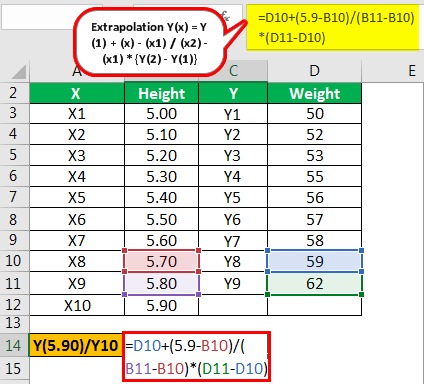 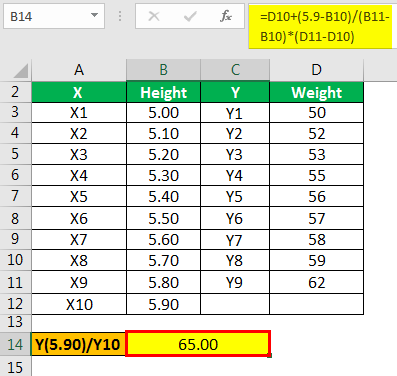 Below are the details of the last few months:

They observed that since this was a new product and cheap product and hence initially, this would follow linear demand until a certain point.

Hence moving forward, they would first forecast the demand and then compare them with actual and produce accordingly as this has demanded huge cost for them. 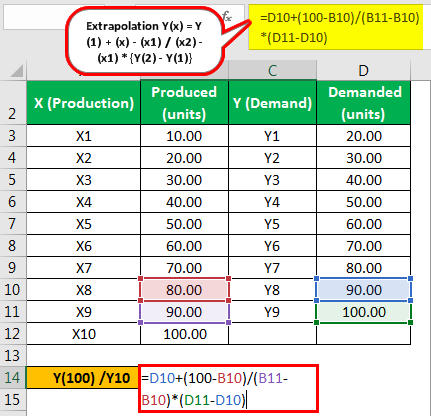 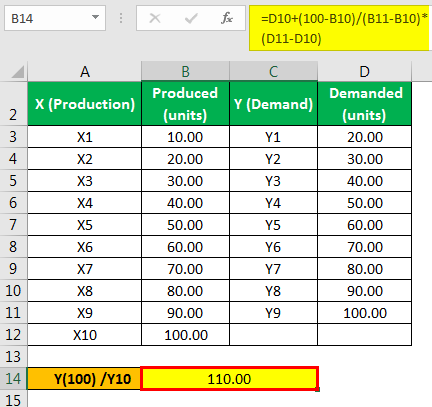 It is mostly used to forecast the data which is out of the current range of the data. In this case, one is assuming that the trend shall continue for given data and even outside that range, which shall not be the case always, and hence extrapolation should be used very cautiously, and instead, there is a better method to do the same is the use of interpolation method.

This article has been a guide to the Extrapolation Formula. Here we discuss the formula to calculate the dependent variable’s value for an independent variable along with practical examples and a downloadable excel template. You can learn more about economics from the following articles –