Risk control basically means assessing and managing the affairs of the business in a manner which detects and prevents the business from unnecessary calamities such as hazards, unnecessary losses, etc. that may occur

To analyze the risk associated with the business entity, these following steps should be taken:

As explained above, the timely analysis of all the possible circumstances which could affect the business activities, the enterprise could easily manage the affairs of the business in such a manner so that the return to the shareholders of the company would be maximized. The primary step for every business to succeed in the long run is to assess the risk and not only evaluate the risk is sufficient. The primary step is to implement such measures that could control such risks. 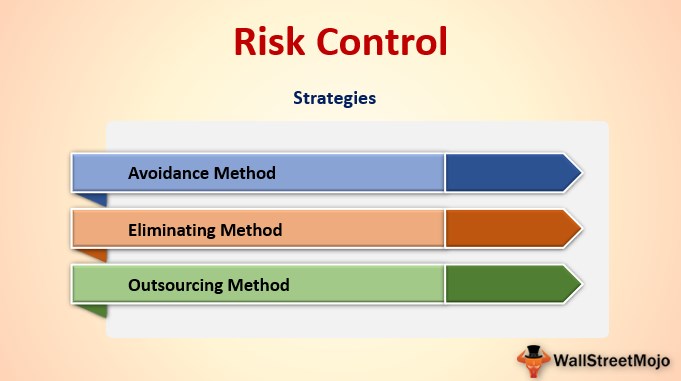 The next step after analyzing the risks of business is to apply such measures which control such risks which are as follows:

How Does Risk Control Benefit Business?

Every business has some risks in which an entity operates apart from those; there are some natural risks that cannot be controlled but can be prevented to minimize effects thereupon. Properly analyzing the risks and make appropriate policies concerning such risks helps an entity to achieve its motto and goals, which indirectly improves the market value and sustains its viability in the event of any such risk and helps in the easy functioning of the business. It was seen that in big or reputed organizations that are globally established have managed a good team concerning the analysis and controlling such risks.

This has been a guide to What is Risk Control and its definition. Here we discuss how risk control benefits business along with an example and strategies. You may learn more about Financing from the following articles –