Back charge refers to a bill that is presented to collect the outstanding payment from any previous period. If a customer has not paid the outstanding bill, then the supplier will add the previous pending amount along with the current bill and send it to the customer. 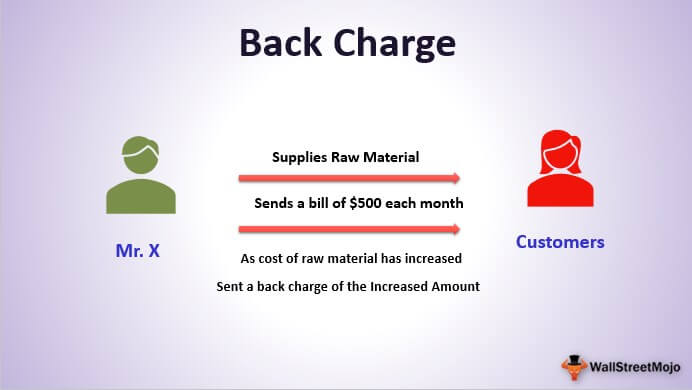 Who can take Back Charge?

A back charge can be taken by suppliers, service providers, or any company that is engaged in a transaction with other parties. Whenever a company produces a bill for services or goods supplied, then they have the authority to produce such a charge in case of an error in billing or default in the payment received from the customers.

Back Charge vs. Change Order

The back charge doesn’t require any authorization as this is an outstanding expense which the supplier forgot to charge to the customer. Change order, on the other hand, is a modification of the existing order and requires authorization. Say the customer ordered a particular arrangement, and due to some reason, if the supplier/customer is changing the order, then it will require authorization. The entire billing amount changes as the quantity changes and items in order to change.

This has been a guide to what is back charge and its meaning. Here we discuss examples and who can take back charge along with advantages. You may learn more about financing from the following articles –