What is the Floating Exchange Rate?

The floating exchange rate can be defined as the relative value of the currency of a country that is determined on the basis of the demand and the supply factors prevailing in the Forex market and no attempt is made by the government of the country or any other person for influencing such exchange rate.

A Floating exchange rate is nothing but the relative value of one currency concerning another country’s currency which is driven by the speculation as well as the supply and demand forces as prevailing in the market. In the below-mentioned diagram when there is an increase in demand for the pound then the value of Pound to dollar increased from 1 Pound = dollar 1.45 to 1 Pound = dollar 1.55. This is how floating rate changes concerning the demand and supply factors. 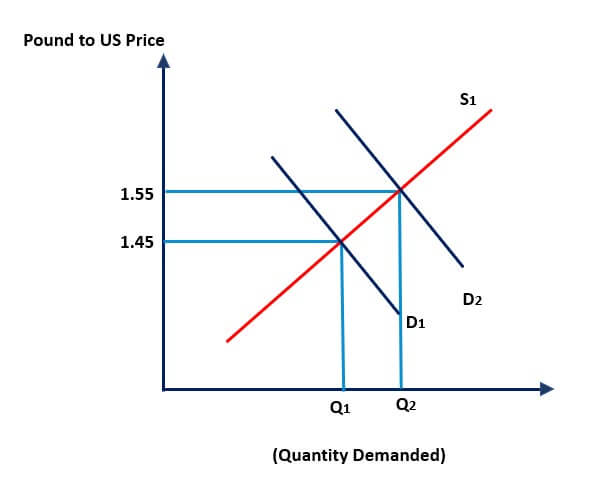 The value of 1 United States dollar is equal to 0.78 Pound sterling as on a particular day but a day before the same was 0.76-pound sterling which might increase or decrease the next day based on the demand and supply forces prevailing in the market.

It is one that is determined by the private market based on supply and demand in the open market. The managed floating currency rate is similar to the flexible currency rate system. But during heavy and frequent fluctuations in foreign exchange markets, the central bank under a managed floating exchange rate system interferes in the foreign exchange market for purchasing or selling of the currencies to minimize the fluctuations and to keep their currency price favorable for international trade.

The key difference between the two are as follows –

The impacts on different areas are discussed as below: 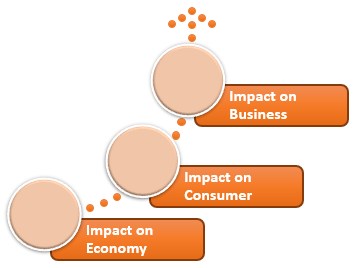 Weak currency increases the cost of import and consequently cost is borne by consumers only. On the other hand, stable currency allows consumers to buy more. The best example is oil prices in the international market due to its heavy fluctuations effect on price can be seen clearly.

Currency fluctuations affect all kinds of business but the most effective is on export or import business suppliers. Even if the business doesn’t sell or purchase in foreign currency directly these fluctuations can have an unseen effect on that.

The advantages are as follows:

The disadvantages are as follows:

It is the rate that is determined based on supply and demand forces in the market. It fluctuates every day. But if fluctuations are too volatile then the central bank will intervene in the foreign exchange market to control the fluctuations by buying or selling the currency. The fixed exchange rate is determined by the central bank. If a currency is favorable then the floating exchange rate can be beneficial for the country. But due to its volatile nature investors might not want to take higher risks.

This has been a guide to what is Floating Exchange Rate and its definition. Here we discuss floating exchange rates examples, advantages, and disadvantages. You can learn more from the following excel modeling articles –