Income Inequality is defined as an unequal distribution of income between the masses or a situation when a large proportion of total income is held by the small percentage of the population which is possible due to various reasons such as the variation in sources of income, number of dependents, easier availability of resources, etc. 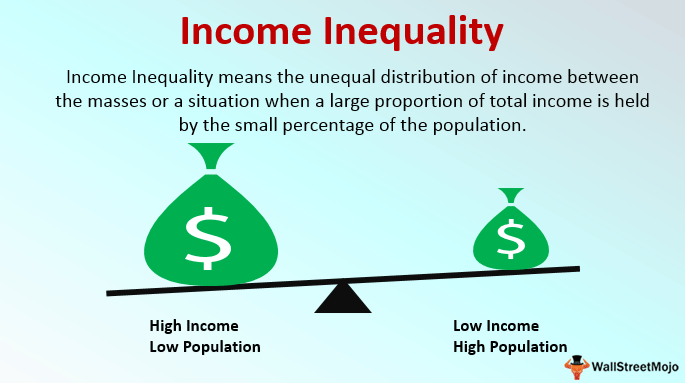 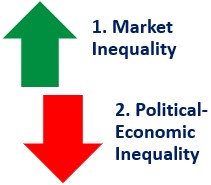 The income inequality resulting from political-economic factors is considered more dangerous than market inequality because the factors, in this case, are not under the control of an individual.

How to Analyze Income Inequality?

Income equality does not provide any inference if it is considered as an absolute number but it can be a useful indicator of the economy is considered as relative measurement, through the following procedure:

The following table provides the income distribution by different population segments based on income levels:

As suggested by the table. The richest 20% of the population holds 57% of the total income of the group. It means that they will have sufficient resources to earn a good livelihood for themselves while if we consider the bottom 2%, they are going to have a hard time to meet even their daily needs.

Inequality comes naturally as the country prospers and it is seen as a means to reward the people with a high concentration of income for higher investment in the future. The suppression of inequality can suppress that investment.

It does not provide an exact picture of the society: Along with Income Inequality, it is important other important factors related to the well-being of the individuals are considered as well such as education level, mortality rate, Human Development Index, etc.

For example, it is possible that in a country, income inequality is very low, maybe zero even. It will indicate that everyone earns the same amount in that country. But what if that same amount is also not enough to meet the basic needs because of high inflation, high tax rate, low education level, lack of decisive government at the center, etc.

The following are the measure to consider for reducing income inequality.

Thus, Income Inequality is a metrics that governments should always keep track of and try to minimize it. However, it should not be reduced to null as well since sometimes income inequality is perceived as a reward for those who undertake the risks to invest in the future.

This has been a guide Income Inequality and its definition. Here we discuss the measures to reduce income inequality by country with the help of an example. You can know more about economics from the following articles –