What Is Proprietary Trading?

Proprietary Trading refers to the trading of the bank and firms in the financial instruments present in the market using their own money and in their own account with the motive of earning the profits for their own instead of investing client money for the investment and earning commission on that.

Proprietary traders use various equity trading strategies to maximize their profits. Here are the few that are commonly used – 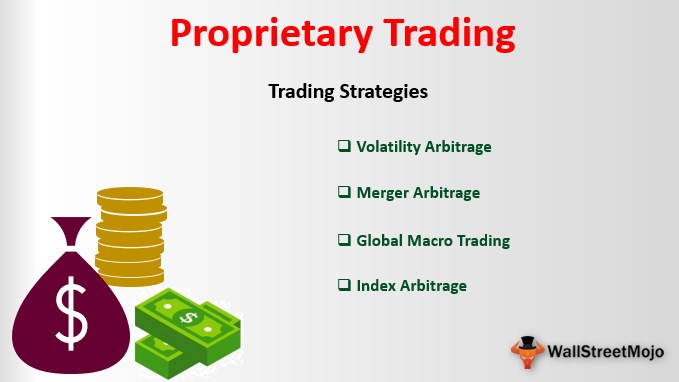 The Volcker Rule is an important rule for prop trading.

In the year 2008, the global economy crashed. The American economist and the ex-United States Federal Reserve Chairman Paul Volcker opined that the global economic crash was a result of speculative investments done by investment banks.

And as a result, he restricted the banks in the US from making certain types of speculative investments that are not meant for the benefit of their customers.

This rule is called the Volcker Rule, and it is part of the Dodd-Frank Wall Street Reform and Consumer Protection Act.

The rule came into effect from 21st July 2015. After a year, the major banks requested to offer them a 5-year room to pare down the illiquid investments.

The financial analysts claim that the global economic crash happened because of two types of trading – hedge funds trading and prop trading.

That’s why it’s always prudent to understand the difference between them.

This article has been a guide to What is Proprietary Trading, how it works, the benefits of prop trading, and its differences between hedge fund vs. prop trading. You may also have a look at the following articles to learn more –