Credit rating process is the process in which a credit rating agency (preferably third party) takes details of a bond, stock, security or a company and analyses it so as to rate them so that everyone else can use those ratings to use them as investments.

In other words, it is an assessment of the borrower’s ability to repay his or her financial obligations and the creditworthiness of an individual, organization, etc. can be evaluated by taking various factors into due consideration that represents the willingness and capability of a borrower to timely discharge his/her financial commitment.

There are only two ways in which any company would fund its business – equity or debt. The equity portion of the capital structure could be derived broadly from three sources: Promoters investing in the business, Company’s internal cash flows accruing over the years to equity, or IPO (Initial Public Offering)/FPO (Follow-on-public offering) for which a company taps different financial markets.

Out of the three, only the last step of the equity source i.e., IPO/FPO, requires the attention of large banks and broker houses, who capture the equity valuation of the company and drive the process. On the other hand, any form of debt issuance demands validation from a credit rating process. Of course, debt is cheaper than equity, companies quite frequently and on an ongoing basis, issue debt (and repay the same eventually), which means the credit rating process of a company plays a major role in its debt raising capacity.

Why Companies Opt for Credit Rating?

Let us assume that Teva Pharmaceuticals Industries Ltd (or “Teva”), an Israel based world’s leading generics pharma company plans to set up a manufacturing unit in the US to manufacture its drugs for the US market. To fund this capital expenditure, suppose Teva plans to issue a bond in the US market or a bank loan from Morgan Stanley. Of course, the creditors would like to evaluate Teva’s ability to repay its debt (also called as the creditworthiness of the company). In such a scenario, Teva may ask a credit rating agency, say Moody’s, to assign them a credit rating, so as to enable them to raise debt. A non-rated company (bringing in fear of the unknown for the creditors) would, on the other hand, face issues in raising debt compared to a company rated by an external credit rating agency. The credit rating of a company helps the creditors to price the debt instrument for the company with reference to the amount of credit risk that the creditors would be taking. 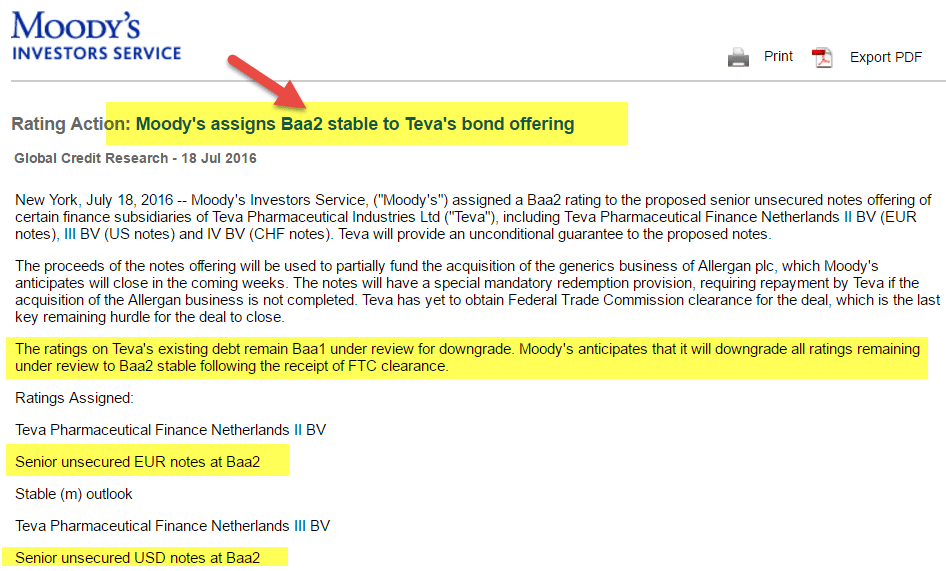 Now let us understand what the credit rating signifies.

A credit rating determines the probability of the company paying back its financial indebtedness within the stipulated time. The ratings could be assigned to a particular company, or could also be issue specific.

Below is the chart illustrating the credit rating scale from the global credit rating agencies – S&P, Moody’s, and Fitch. To be noted that Indian rating agencies ICRA, Crisil, and India rating and research are Indian subsidiaries of Moody’s, S&P, and Fitch, respectively. The long term ratings are usually assigned to a company, while the short term ratings are essentially for specific loans or debt instruments. 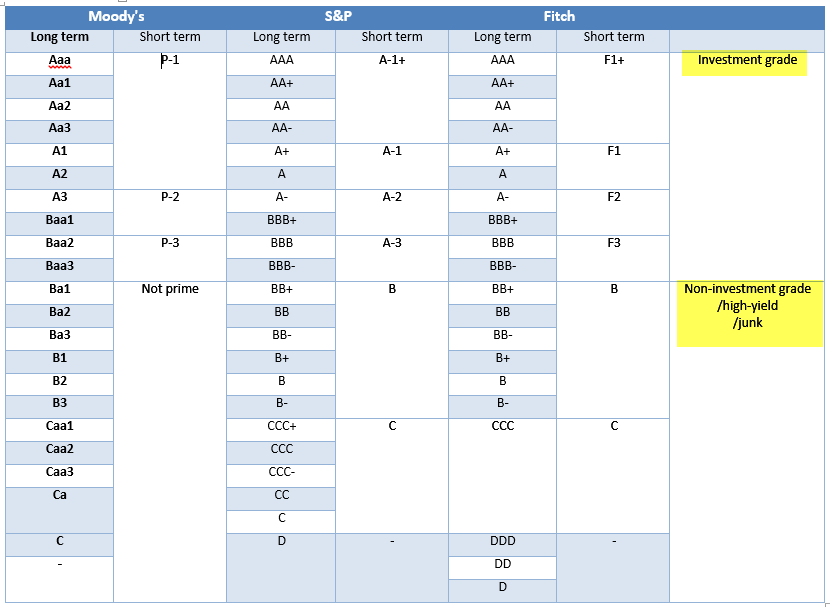 Coming back to Teva, who approached Moody’s to assess its credit rating. With the receipt of this request, Moody’s assigns a credit rating (typically through a couple of weeks long process) to Teva. Let us think about some of the factors that Moody’s would look at for assigning a credit rating to Teva.

Moody’s industry expert analysts would perform the credit rating process, a detailed analysis of Teva broadly based on the following factors: 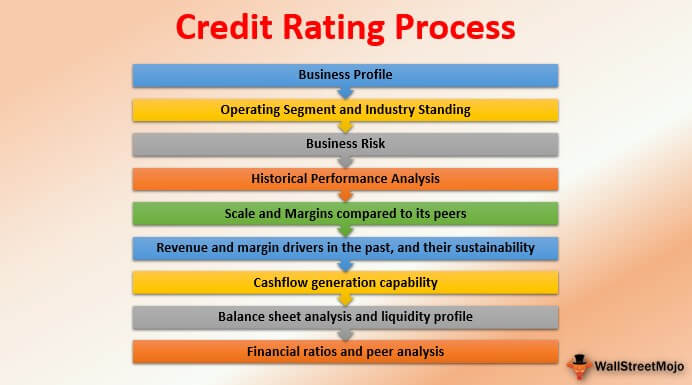 The very first thing that the analyst would do is to understand Teva’s business profile, its competition, core products, number of employees, facilities, clients, etc.

In this, an analyst would go about analyzing the historical performance of the company—calculating Margins, Cash Cycles, growth rates of revenue, Balance Sheet Strength, etc.

#5 – Scale and margins compared to its peers:

#6 – Revenue and margin drivers in the past, and their sustainability:

Moody would assess the credit rating process, its profile, and, subsequently, the ratings of Teva with respect to different weights assigned to different parameters, as described above (both financial and business). Of course, if the need arises, Moody’s could also visit Teva’s manufacturing facilities and meet with the management to perform its due diligence (to evaluate Teva’s actual commercial potential). For issue-specific ratings, Moody’s would also analyze the quality of collateral provided by the Company for a particular instrument.

We note that the rating that Moody’s came up with Teva’s inherent profile was A3 as of Apr 2015.

Let us see what drove Moody’s to downgrade Teva by two notches within a year.

Conflict of Interest Between Rating Agencies and Companies

You may wonder if there exists a conflict of interest between rating agencies and the companies paying them for the ratings.

It may seem so, given that Teva is actually a source of revenue from Moody’s. After all, rating agencies actually earn only from companies which they so closely and critically evaluate!

However, for a rating agency, their credibility is of utmost importance.

If Moody’s would not have downgraded Teva based on the significant increase in debt post the acquisition of the generics business of Allergan, it would have lost the trust from the creditors and would not have valued Moody’s opinion going forward.

Once the credit rating agencies are subscribed to by the companies, they need to periodically monitor the company’s ratings based on new developments in the company (like seen in the above case with Teva’s announcement of acquisition), as well as any updates related to the industry (in Teva’s case pharma), regulatory changes, and peers.

In conclusion, creditors rely heavily on the credit rating agencies for lending at a particular price for the risk-reward ratio. Hence, the rating agencies need to ensure fairness of opinion, a hawk-eyed approach for probable developments in the future, as well as unbiased credit ratings for a company they are evaluating. In various cases of corporate lending, the banks themselves conduct credit analysis, as they may not want to rely on external credit agencies and rather form their own view on the credit of a company. However, as seen in the recent cases of increasing NPAs (non-performing assets) coming to light in India, banks need to be all the more cautious while lending to corporate.