The full form of ADR is American Depository Receipts. ADR is a type of financial instrument traded in US markets. These instruments are sponsored and issued by US banks. Any company which is non-local in US markets can raise funds from US markets through these ADRs. Foreign companies in the USA normally have to undergo a series of regulations and paperwork before going public and raise funds through the common stock. This can become a tedious process for organizations. There is a privilege called ADR, which helps such firms to raise capital from US markets. 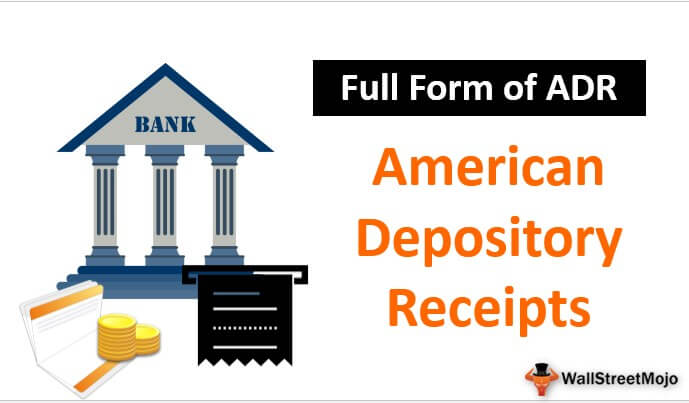 The following are types of American Depository Receipts. 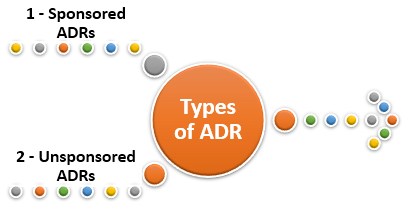 US banks and the company, upon mutual agreement, issues these types of ADRs. Banks issues ADRs as per agreement on behalf of the company. The bank charges a fee to the company for issuance and transaction it handles with the local investors. Firms have control over these instruments, and such ADRs are categorized by what degree the accounting formalities are in line with the SEC. These are always trades in the exchanges. The person owning sponsored ADR will also give voting rights to the investor.

These are issued by US banks, but there are no charges of transaction and issuance which are charged to companies. As there is no single party bank authorized for the issuance and handling of such ADRs, there can be more than one bank issuing ADRs for the same foreign company under different dividend charges and denominations. Unsponsored ADRs are traded over the counter and don’t include voting rights.

Based on the level and depth of access for the foreign companies that have to the US markets, ADRs are classified into three types as below.

ADRs categorized under this level require the foreign company to follow the minimum amount of compliance and regulatory formalities, according to SEC. It is sufficient for such companies to fill in an F-6 registration form, and there is no mandate to file or follow the usual SEC filing reports. They are traded mostly OTC.

Companies wishing to list their ADRs under this level need to file all reporting’s as per SEC regulations, and apart from just the F-6 registration, companies also need to fill in SEC FORM 20-F and annual financials. Companies must disclose all their finances to the US markets, and such ADRs are listed in stock exchanges NYSE and NASDAQ. Level II ADRs can help raise funds on a large scale without even going public and filing for IPO in US markets.

Level II and Level III ADRs are similar in terms of reporting and filing regulations that SEC levies on them. The only add on level III has on to level II is that these can raise funds from US markets through public offering also. They just need to file the Form F-1 to be eligible for this with the securities exchange commission.

Difference between ADR and GDR

This has been a guide to the Full Form of ADR, i.e. (American Depository Receipts). Here we discuss how does ADR works with its types, levels, and differences. You may refer to the following articles to learn more about finance –