Most common examples of Capital Expenditure (Capex) are as follows – 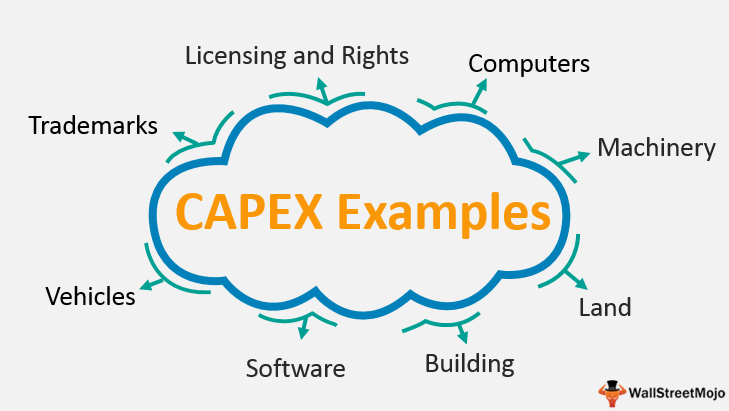 Given below are the top examples of capex.

The new production unit set up by ABC Ltd., which would increase its production capacity by 300 MT.

ABC Ltd. is an entity engaged in the production of cement; the company had an existing capacity of 500 MT, the market demand for cement has grown significantly, due to increasing infrastructure and real estate activities in the country. Given the increased market demand, ABC Ltd. decided to set up a new production unit, in the same vicinity as the existing unit; a new unit is expected to increase the production capacity of 300 MT.

This new unit, being set up by the company, is an example of a capital expenditure made by the company. As the unit is being set up, with an objective to increase the production capacity and the benefits of the units would flow to the entity for more than a year.

Transportation vehicle purchased by the entity;

An entity engaged in running a manufacturing unit has purchased a vehicle for the transportation of employees from home to office and office to home. It falls under the definition of capital expenditure.

Berry Petroleum Company LLC is one of the oldest companies in the USA; it has been in operation since 1909. Berry expanded its presence in areas outside of California beginning in 2003 as the company observed the opportunities to acquire natural gas and light oil to increase its portfolio.

Since the company is an upstream energy company, which is engaged primarily in the development and production of conventional oil reserves, the below extracts from the Annual report of Berry Petroleum Company LLC provides on the capital budget of the company.

The following picture provides vital insights about the capital expenditures made by the company, along with their purposes and impacts it had on the production of the company as well as EBITDA.

GlaxoSmithKline is a science-led global healthcare company with the objective of helping people do more, feel better, live longer. The company does a lot of research, development, and manufacturing in primarily three segments, which are:

The company invests significantly in the research and development activity as well as in manufacturing facilities.

The capital allocation decided by the company in the year ended 31st December 2018 is as under: 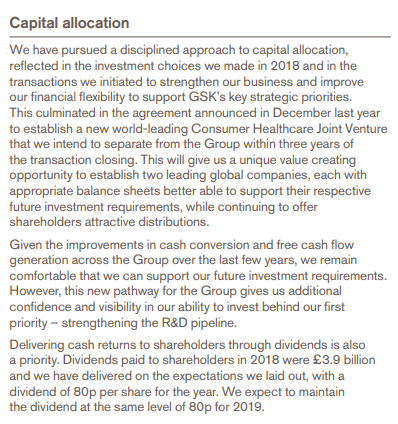 The following table provides further insights into the capital allocation framework of the company, along with details of the business that gets the capital on top priority. It is evident from the below extract that the key priorities of the company for capital are Pharmaceuticals pipeline and vaccines capacity. Its primarily driving force is the fact that the demand for pharmaceuticals is ever-increasing globally, and for serving the increasing demands, the increase in the capacity is required.

This article has been a guide to Capital Expenditure Examples. Here we discuss Top 4 practical examples of CAPEX (capital expenditure) with detailed explanation. You can learn more about accounting from the following articles –