Sum by Color in Excel

How to Sum by Color in Excel? (2 Useful Methods)

Let us discuss each of them in detail –

To understand the approach for calculating the sum of values by background colors, let us consider the below data table, which provides details of amounts in US$’s by region and month. 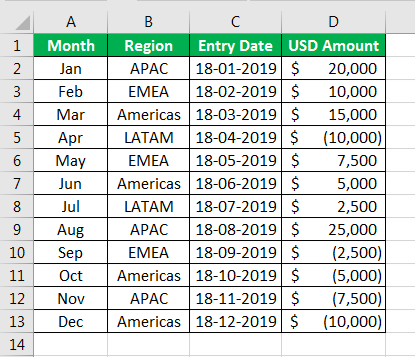 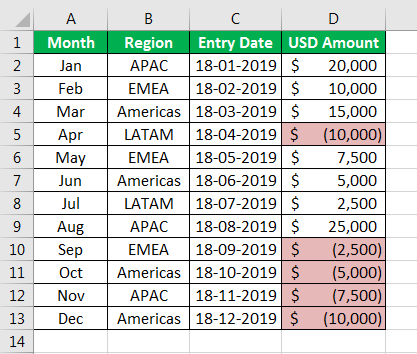 The formula that is entered to calculate the summation is

Here number ‘9’ in the function_num argument refers to sum functionality, and the reference argument is given as the range of cells to be computed. Below is the screenshot for the same. 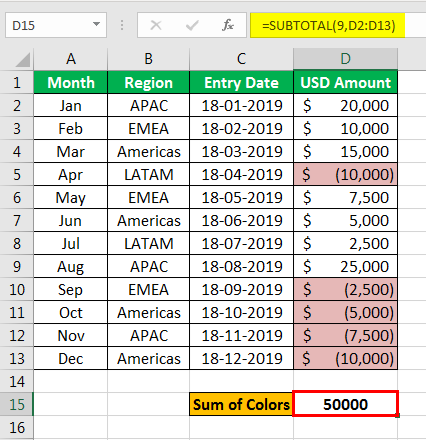 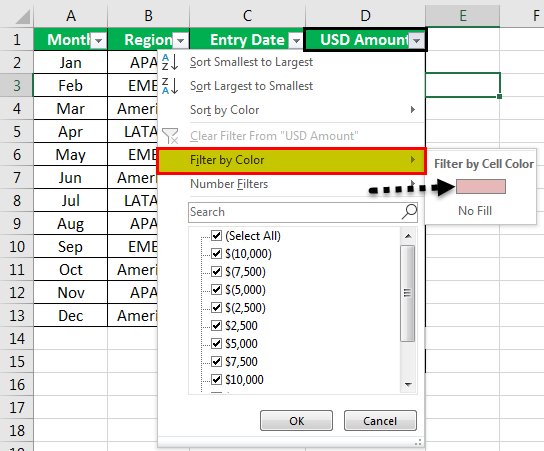 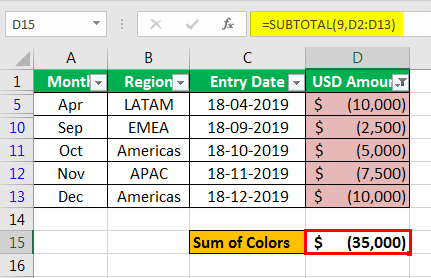 As shown in the above screenshot, the computation of the colored cell is achieved in cell E17, subtotal formula.

The second approach is explained to arrive at the sum of the color cells in excel, as discussed in the below example. Consider the data table to better understand the methodology. 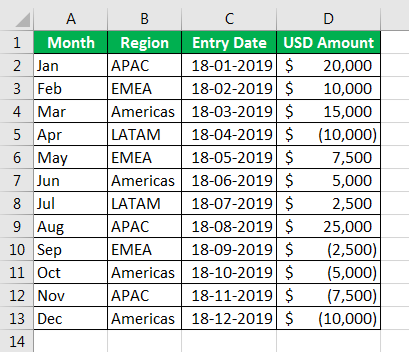 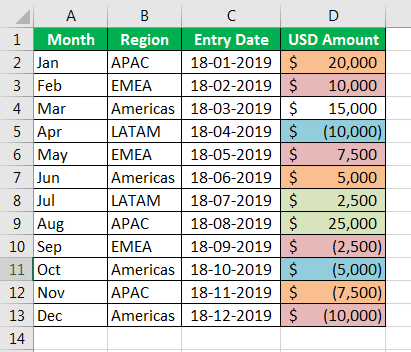 As seen in the above screenshot, the Name entered for the function is ‘CellColor’ and the formula =GET.CELL(38,’Example 2!$D2) is to be entered in ‘Refers to.’ Within the formula, the numeric 38 refers to the cell code information, and the second argument is the cell number D2 refers to the reference cell. Now click, OK. 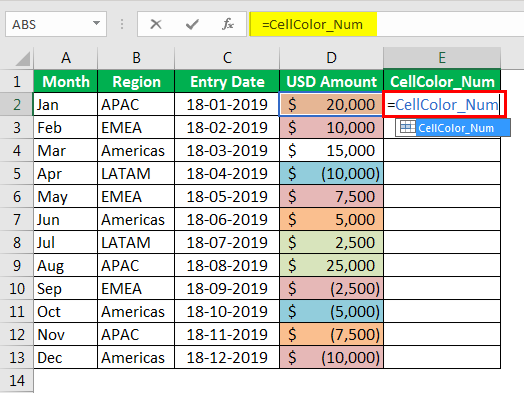 As can be seen in the above screenshot, the function ‘CellColor’ is entered, which returns the color code for the background cell color. 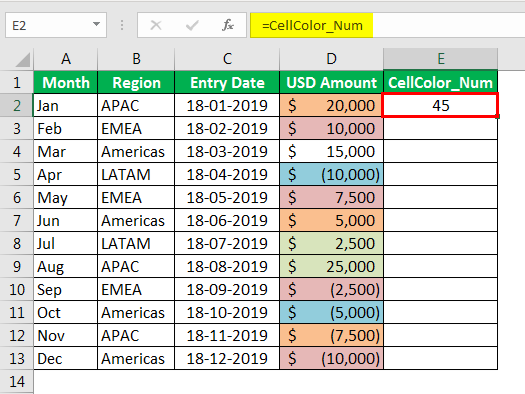 Similarly, the formula is dragged for the entire column. 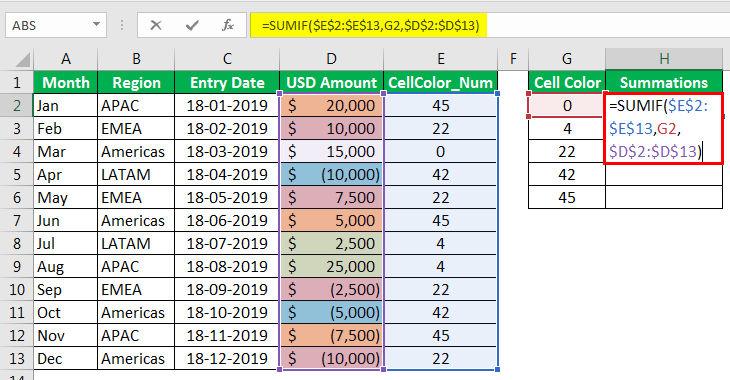 As can be seen from the above screenshot, the following arguments are entered into the SUMIF formula:-

The SUMIF formula is dragged down for all the color code numbers for which values are to be added together.

This has been a guide to Sum by Color in Excel. Here we discuss how to find Sum by Colors in excel using 1) Subtotal Function and 2) Get. Cell, along with practical examples and downloadable excel template. You may learn more about excel from the following articles –