Keynesian Economics is a theory that relates the total spending with inflation and output in an economy, and therefore, suggests that increasing government expenditure and reducing the taxes will result in increased demand in the market and pull up the economy out of depression. This theory is named after a UK-based economist John Maynard Keynes who came up with this concept when the global economy was going through the great depression in the 1930s.

Thus, the concept concluded that an optimum level of economic performance can be achieved and the downfalls can be avoided through the stimulation in market demand using the economic or monetary policies of the government. Since the theory focuses on stabilizing the economy by concentrating on demand, it is considered as ‘demand-side’ theory. 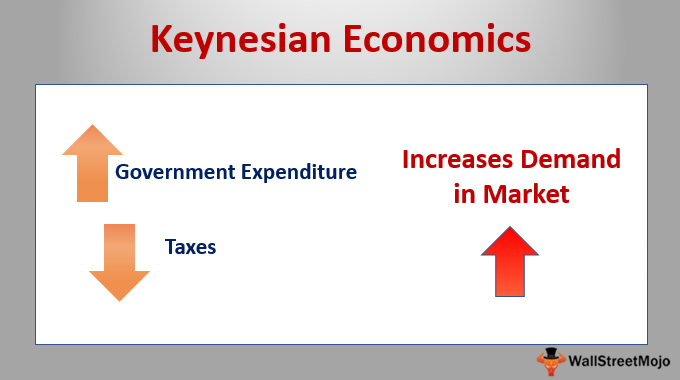 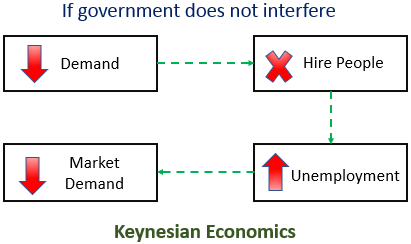 Thus, there are two key differences between Keynesian vs classical economics:

Keynesian economics supports intervention from the government in the economy in order to revive it from recession in the form of increased spending and tax cuts in order to provide stimulus to market demand which in turn will increase production and bring back the economy to an equilibrium state.

However, there are other key factors that are needed to be taken care of when the government devises such schemes, such as, inflation, employment, and liquidity. The economic measures related to monetary policy and fiscal policy can backfire if provisions for these other factors are not considered beforehand.

This has been a guide to Keynesian Economics Theory and its definition. Here we discuss the difference between Keynesian vs classical economics along with the example. You can learn more from the following articles –