What is the Tax Court?

Tax Court is a distinct court of justice that promulgates issues, cases & appeals about tax disputes. The tax court in North American countries is a union or state court that the political establishment formed to conduct judicial or legal proceedings where an entity could challenge a tax dispute determined by the tax authorities before paying the due amount as tax payments.

They are tribunals or appellate authorities that adjudicate decrees on a broad spectrum of tax appeals or case-lets. The US Tax Court, which is distinct from the IRS adjudicates appeals about income, property, or gift tax-related issues. Taxpayers may elect to contest tax cases in myriad legal structures, excluding bankruptcy; it is the only channel where a tax litigant may do so sans paying the contentious tax in Toto. 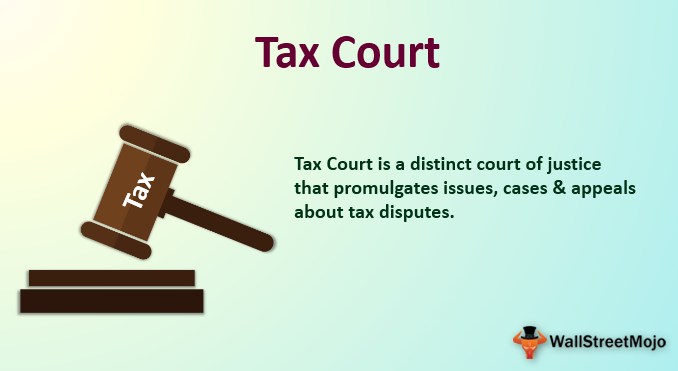 The rules can be illustrated by answering a few questions, which are as follows:

1) When does Tax Court consider a Dispute with IRS? Who Determines it and Timing of Dispute?

When the appellant is pulled up for an audit, they have two options. Either concur with the IRS or resent. If he concurs, the case is closed. If one resents, a “notice of deficiency” is sent to the plaintiff, declaring the changes the IRS seeks to make to the plaintiff’s tax statement. The plaintiff is given 90 days to file a plea with the tax court. If the plaintiff fails to file within the 90 days, he provides a tacit assent that he agrees with the IRS. In other words, the taxpayer is contesting a legal petition against the IRS.

2) What does the Tax Court consist of? Is it a Single Judge or Bench/Panel of Judges?

The court is a bench of 19 judges who serve the 50 states in the USA. These cases are not presented before a jury.

3) What is the Importance of Evidence in Court?

The appellant must bring substantive evidence before the tax court to defend his case. E.g., if the IRS accuses the taxpayer that he didn’t incur a particular expense he has shown in his tax return, the appellant must present credible evidence that he incur these expenses. He can bring records to uphold his position. Records are interpretive in tax cases. The IRS may either accept them or prove that they are false.

The procedures can be explained by answering a few pertinent questions:

1) Who can Contest My Case in Court?

An attorney or CPA who is accustomed to the tax court processes can defend one’s case. He must be a person who has been inducted to the bar. The appellant can bring witnesses to defend his case.

2) What are the Different Kinds of Tax Courts? When does court Pronounce the Verdict?

Most of the procedures in a tax court are akin to other kinds of courts. The only distinction is that at the end of the case, you don’t get a verdict. It may take more than a year to conclude the case.

3) If the Appellant Loses his Case? Is there a Further Legal Recourse?

In a minor case, there is no further appeal. In a significant case, one can go to the federal court of appeals in a particular district in the USA. The time limit to file the case is 90 days.

The IRS gives only a 90-day window to file a case in the Tax court. It proves to be a disadvantage as it does not allow the appellant sufficient time to gather evidence to defend his case.

They provide credible recourse to someone against the IRS as the panel of judges in a tax court who are well versed with the legal proceedings in court, which will provide a fair verdict which often proves to be a boon to taxpayers.

This article has been a guide to what is Tax Court and its definition. Here we discuss rules and procedures of tax court along with their advantages and disadvantages. You can learn more about finance from the following articles –