There is the various function in MS Excel to count values, whether it is a string, numbers. Counting can be done based on some criteria. Functions include COUNT, COUNTA, COUNTBLANK, COUNTIF, and COUNTIFS in excel. However, these functions cannot do some tasks like counting the cells based on their color, counting only bold values, etc. That is why we will create a counter in VBA so that we can count for these types of tasks in excel. 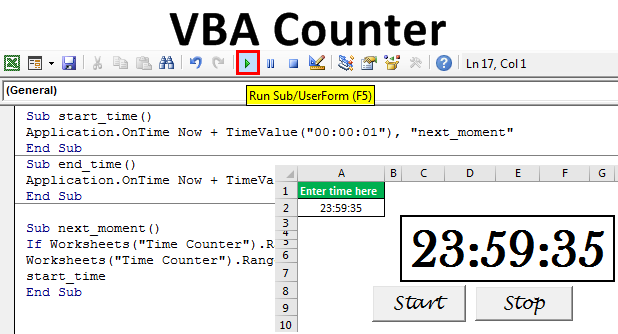 Let us create some counter in excel VBA.

Below are examples of the counter in VBA.

To do the same, steps would be:

Make sure the Developer tab Excel is visible. To make the tab visible (if not), steps are: 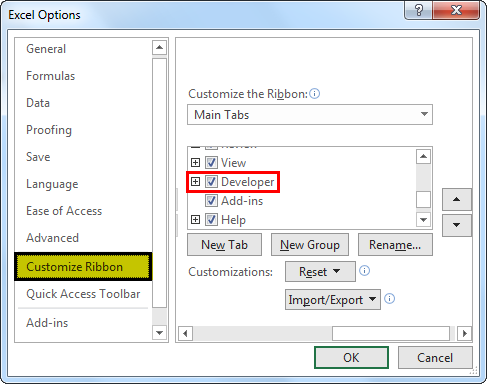 Now the ‘Developer’ tab is visible.

Insert the command button using the ‘Insert’ command available in the ‘Controls’ group in the ‘Developer’ tab. 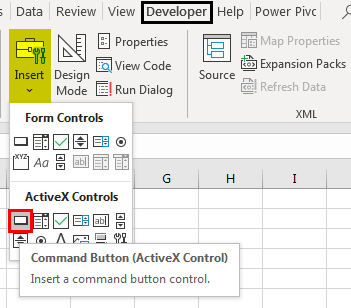 Choose ‘Properties’ from the menu. 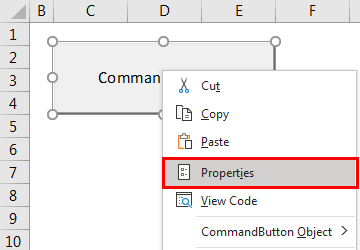 Change the properties of the command button, i.e., Name, Caption, and Font, etc. 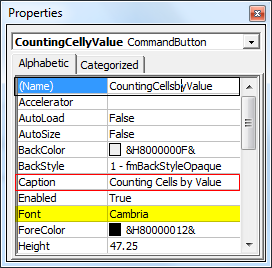 Right-click again and choose the ‘View Code’ from the contextual menu. 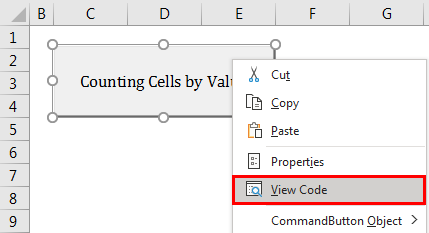 Visual Basic Editor is opened now, and by default, a subroutine is already created for the command button.

We will write code now. We will declare 3 variables. One for loop purpose, one to count, and one to store the value for the last row. 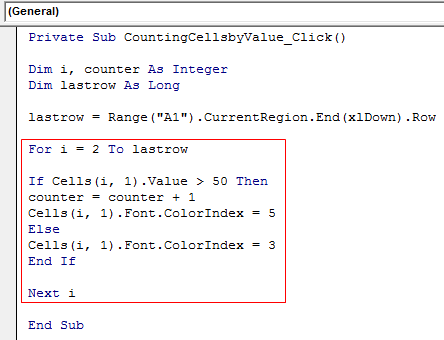 After checking and counting, we need to display the values. To do the same, we will use ‘VBA MsgBox.’ 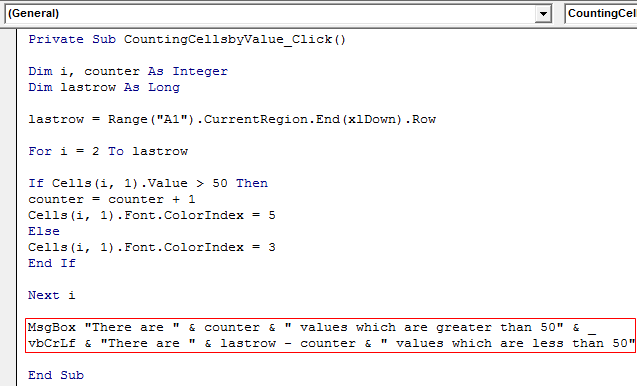 Deactivate the ‘Design Mode’ and click on the ‘Command button.’ The result would be as follows.

Suppose we want to create the time counter using excel VBA as follows:

To do the same, steps would be:

Create a format like this in an excel sheet. 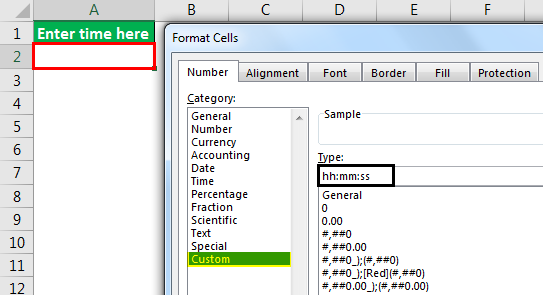 Merge the cells C3 to G7 by using the Merge and Center Excel command in the ‘Alignment’ group in the ‘Home’ tab. 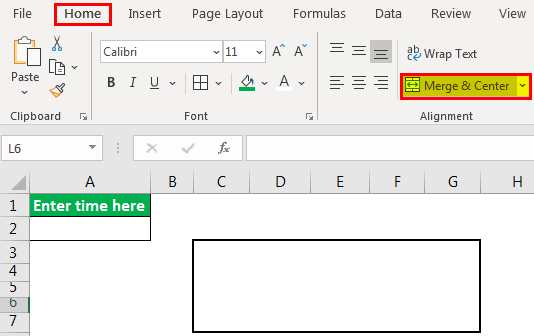 Give the reference of cell A2 for just merged cell and then do the formatting like make the font style to ‘Baskerville,’ font size to 60, etc. 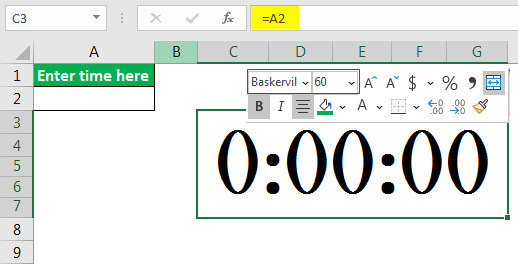 Create two command buttons, ‘Start’ and ‘Stop’ using the ‘Insert’ command available in the ‘Controls’ group in the ‘Developer’ tab.

Using the ‘Properties’ command available in the ‘Controls’ group in the ‘Developer’ tab, change the properties.

Select the commands buttons one by one and choose the ‘View Code’ command from the ‘Controls’ group in the ‘Developer’ tab to write the code as follows.

Choose from the drop-down the appropriate command button.

Insert a module into ‘ThisWorkbook‘ by right-clicking on the ‘Thisworkbook’ and then choose ‘Insert’ and then ‘Module.’

Write the following code in the module.

We have used the ‘onTime‘ method of the Application object, which is used to run a procedure at a scheduled time. The procedure, which we have scheduled to run, is “next_moment.”

Save the code. Write the time in the A2 cell and click on the ‘Start’ button to start the time counter.

Suppose we have a list of students along with marks scored by them. We want to count the number of students who passed and who failed. 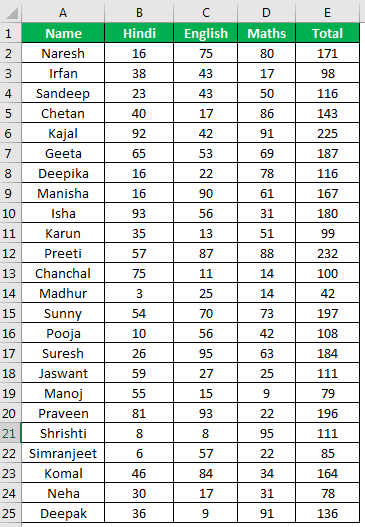 To do the same, we will write the VBA code.

Open Visual Basic editor by pressing shortcut in excel Alt+F11 and double click on ‘Sheet3 (Counting Number of students)’ to insert a subroutine based on an event in Sheet3. 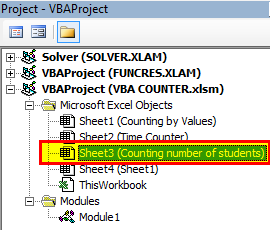 Choose ‘Worksheet’ from the dropdown.

As we pick ‘Worksheet’ from the list, we can see, there are various events in the adjacent dropdown. We need to choose ‘SelectionChange’ from the list. 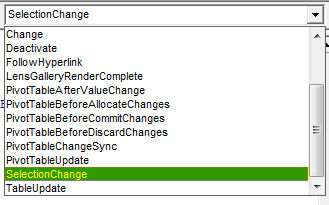 We will store the value of the last row number in ‘lastrow.’

We will create the ‘for’ loop for counting based on condition. 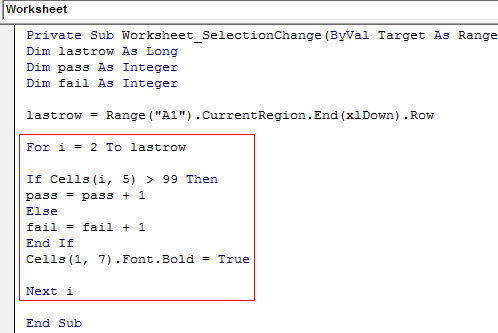 We have set the condition if the total marks are greater than 99, then add the value 1 to the ‘pass’ variable and add one value to the ‘fail’ variable if the condition fails.

To print the values in the sheet, the code would be:

Now whenever there is a change in selection, values will be calculated again as below:

This has been a guide to VBA Counter. Here we discuss how we will create a counter in excel VBA so that we can count cells based on their color, counting only bold values, etc. Below you can find some useful excel VBA articles –