The features of the letter of credit are as follows –

The different types of letter of credit are as follows – 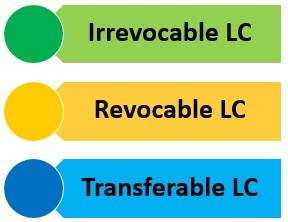 Mr. Edward having a business of clothes named Textile incorporation located in the USA, received an order of clothes worth $20,000 from a company named Clothing Incorporation located in London. Now the clothing incorporation is new to MR. Edward, so he demanded a letter of credit. So the buyer asked the local bank to issue the LC to the seller bank, which is an instrument which is a guarantee given by the buyer’s bank, which says that if the buyer fails to repay the number of dues, then the issuing bank will pay on behalf of the buyer.

The Elements of the Letter of credit are as follows: 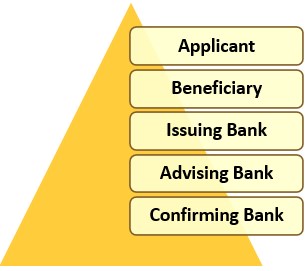 Thus, the letter of credit (LC) is required to have international transactions smoothly. The regulations and formalities should be understood well in advance before giving any commitments. A letter of credit helps to improve the business transactions worldwide as it reduces the risk of non-payment of dues. Thus the seller mostly demands a Letter of credit these days while exporting their goods.

This has been a guide to the Full Form of LC, i.e. (Letter of Credit). Here we discuss how does lc work, its types, features along with an example, advantages and limitations. You may refer to the following articles to learn more about finance –