What is Joint Venture (JV)?

Joint venture is a commercial arrangement between the two or more than two parties in which the parties come together to pool their assets with the objective of completing the specific task where each of the parties has joint ownership of the entity and is responsible for the costs, losses or profits that arise out of the venture.

When two or more business entities come together to achieve a common purpose, it’s called a joint venture.

In this section, we will look at a few real-life examples of Joint Venture. 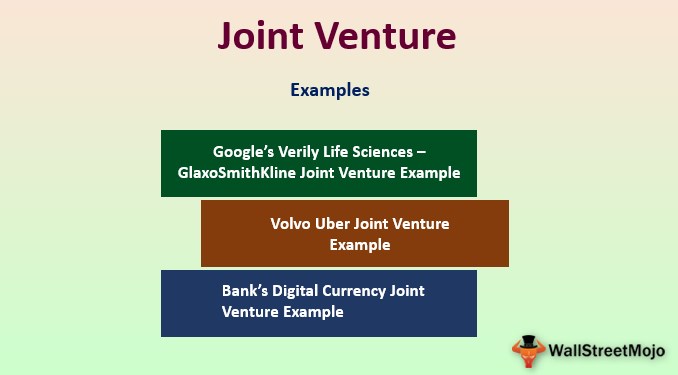 Google’s parent company Alphabet and GlaxoSmithKline, announced that they would associate themselves with a joint venture in the ratio of 45%-55% to produce bioelectronic medicines. Both of these companies got committed for 7 years and Euro 540 million.

Recently, Volvo and Uber have announced that they would form a joint venture to produce self-driving cars. The ratio would be 50%-50%. As per the agreement, they are making a $300 million investment for this JV. 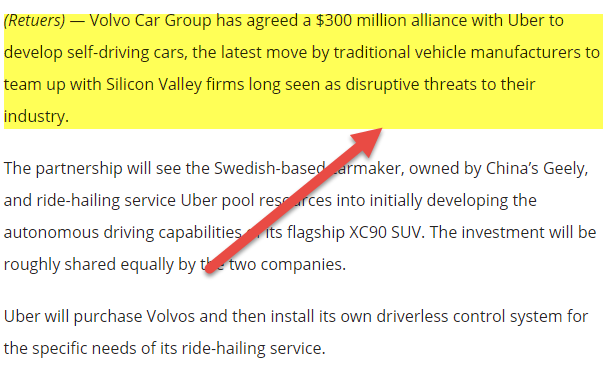 Recently, even banks formed a joint venture to create something new. Four world-class banks – Deutsche Bank, UBS, BNY Melon, and Santander, came together in a JV to produce a new form of digital cash. The purpose of this JV is to create an alternative to the bitcoin using the same blockchain technology. 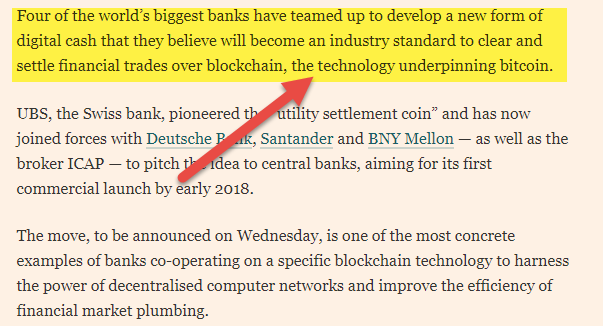 The best example of a Joint venture is between Starbucks Corporation and Tata Global Beverages. Starbucks Corporation, a chain store of the USA serving coffee and such other drinks, pre-packaged foods, and evening drinks. It is famous for its coffee throughout the globe. Tata Global Beverages is the world’s second-largest producer of tea throughout the world and one of the largest producers of coffee in the world.

Tata Global Beverages leveraged the goodwill that Starbucks holds for the coffee serving retail chains and captured the market of India by forming a Joint venture with Starbucks. Both firms came together and created a private limited company named as Tata Starbucks limited in 2012. It is 50:50 owned by both the firms, and presently they have around 140-retail outlets throughout the Indian Territory.

Here, the basic model is that one is having expertise in tea manufacturing and tea production, while the other is having a brand image in the market of serving the coffee at the retail level in the market. And this combination is presently a good success in the market.

This article has been a guide to what is Joint Ventures (JV) and its definition.  Here we discuss how joint venture work along with examples and detailed explanation. You may also look at the following articles to learn more about M&A