Advance refunding is a process in which the proceeds from the bond are used to clear up the dept associated with another bond. Here, the new bonds are issued at a lower price, and this mechanism is used to get rid of the higher interest cost by investing in new bonds whose interest cost is less as compared to the old bond. 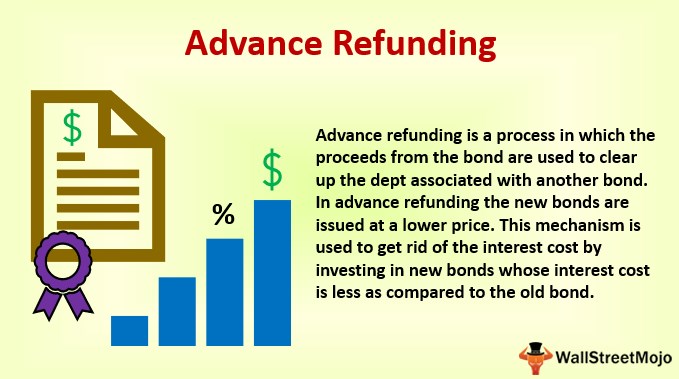 This has been a guide to What is Advance Refunding & its Definition. Here we discuss the examples of advance refunding and how does it work along with benefits and limitations. You can learn more about from the following articles –