Bond Issuers are the entities that raise and borrow money, from the people who purchase the bonds (Bondholders), with the promise of paying periodic interest and repayment of the principal amount upon maturity of the bonds.

An entity needing money can borrow the same by issuing bonds, which are purchased by bondholders. Technically, a bond issuer is a borrower, and the bondholder is the lender of the money.

Till the maturity of the bond, the bond issuer pays periodic (can be annual/ semi-annual) interest to the bondholders, and upon maturity, the issuer returns the principal amount borrowed to the holder of the bond.

The following are a few of the features of Bond Issuers: 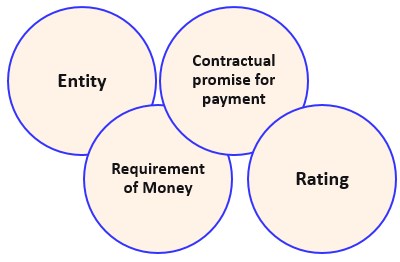 Corporations are one of the largest categories of Bond Issuers. Both private and public corporations issue bonds to raise money for a variety of reasons. These may range from funding their day to day operations to expanding their existing businesses. Corporations include financial institutions, public sector undertakings, and other private companies.

For example, Microsoft, Apple, Facebook might issue bonds to finance their needs. Here these three entities are the bond issuers.

The government of a nation issues bonds in order to fund their various welfare measures or for other investment purposes. Government is generally considered relatively less risky than corporate issuers. They usually pay out interest on bonds and repay the principal from their revenue, such as taxes.

For example, the US government issues treasury bonds with borrowing money. These bonds are backed by the full support of the government.

These are entities that are not based in a particular nation. It includes entities like World Bank, International Monetary Fund (IMF), etc. These issuers are also highly rated and less risky because of their global standing.

World Bank issues somewhere between US$50-US$60 billion annually to support the financing of programs that support the Sustainable Development Goals. 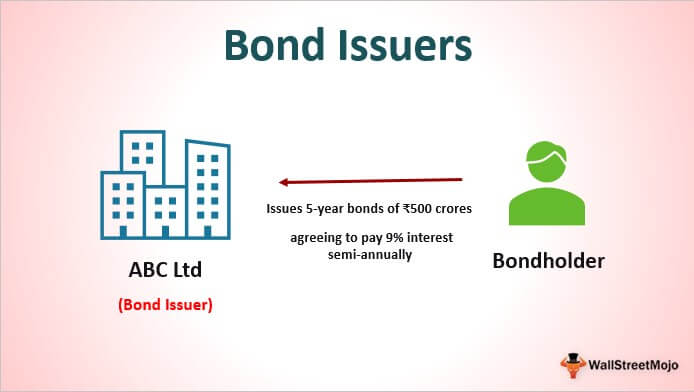 For example, ABC Ltd. is considering raising certain money by issuing bonds to fund its upcoming project. It issues 5-year bonds of ₹500 crores to the investors, agreeing to pay 9% interest semi-annually to the bondholders. Upon the completion of 5 years, it will repay the amount borrowed along with interest.

Bond Issuers play an important role in the capital markets, helping the inefficient allocation of capital by raising money from the investors. Issuers get the desired money for carrying out their projects or daily activities, and bondholders also get a decent return on their excess capital. Issuers play that link between the excess capital with the investors and the investment project, which requires funds for their usage.

This has been a guide to Bond Issuers and its meaning. Here we discuss features, types, and examples of bond issuers along with advantages and disadvantages. You may learn more about financing from the following articles –