What is a Degree of Operating Leverage (DOL)?

The formula is used to determine the impact of a change in a company’s sales on the operating income of that company.

Conversely, the formula for DOL can also be derived by dividing the contribution margin by the EBIT of the company, which is mathematically represented as,

It can be further expanded as shown below,

The formula can be derived by using the following three steps:

Step 3: Finally, the formula can be calculated by dividing the value in Step 1 by that of Step 2 as above.

Use the following data for the calculation of the Degree of Operating Leverage. 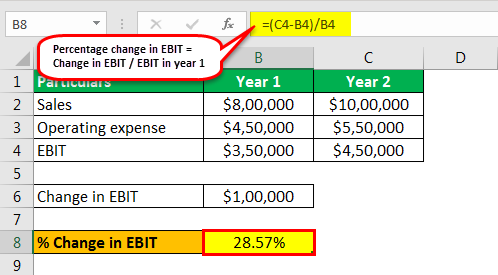 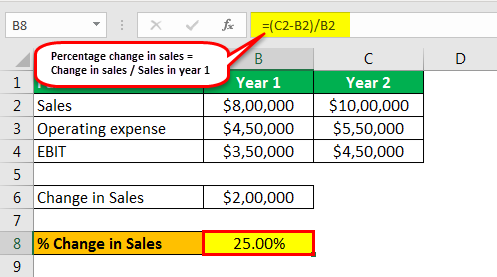 Calculation of Degree of Operating Leverage will be – 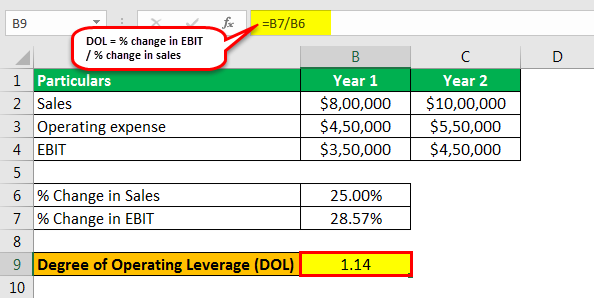 Let us take the example of another Company B, which is in the business of chocolate manufacturing and, in the current year, has achieved a sales volume of 18,000 pieces with an average sales price of $50 per piece. The overall cost structure of the company is such that the fixed cost is $100,000, while the variable cost is $25 per piece. Calculate Degree of Operating Leverage for Company B.

Use the following data for the calculation of the Degree of Operating Leverage. 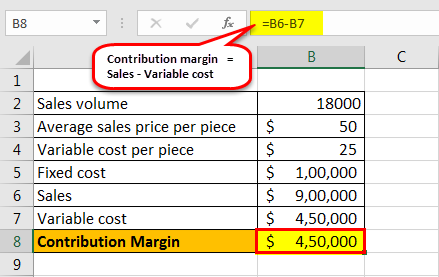 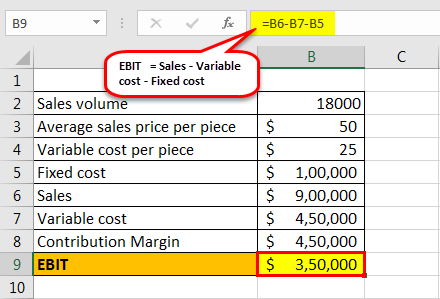 Calculation will be as follows – 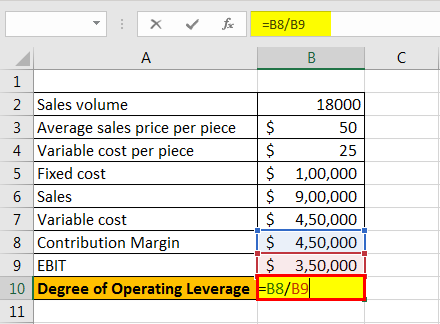 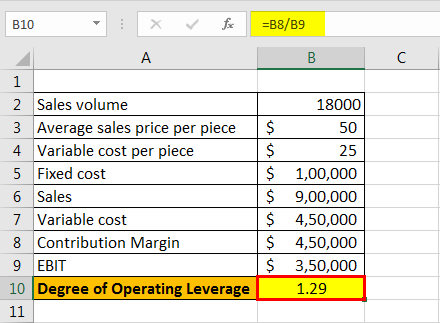 You can use the following Degree of Operating Leverage Calculator.