What is Loss Aversion bias?

Loss Aversion Bias is a cognitive phenomenon where a person would be affected more by the loss than by the gain i.e., in economic terms the fear of losing money is greater than gaining money more than the amount that might be lost so therefore, a bias is present to averse the loss first.

Have you ever heard this expression – “the losses loom large than gains”? If yes, you would already know what we’re talking about here. In this article, we will peep into a concept called “loss aversion.” This concept is an integral part of behavioral finance. And if you’re involved in investing, trading, marketing, or any type of business, then you must know this concept in detail.

Loss aversion bias expresses the one-liner – “the pain of losses is twice as much as the pleasure of gains.” As an example, we can talk about a phenomenon we see among investors. If you ask new investors to invest in the equity market, the first response they will give is this – “No, I don’t want to fall prey to the losses of the equity market.” The most hilarious part is they don’t even know anything about the equity market, but still, they want to avoid losses/risks at all costs. 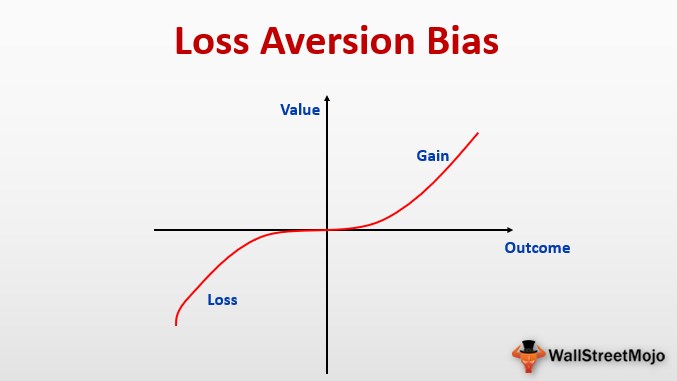 Just have a look at the advertisement given on Amazon. They use the concept “loss aversion” bias to persuade people to buy at the earliest. 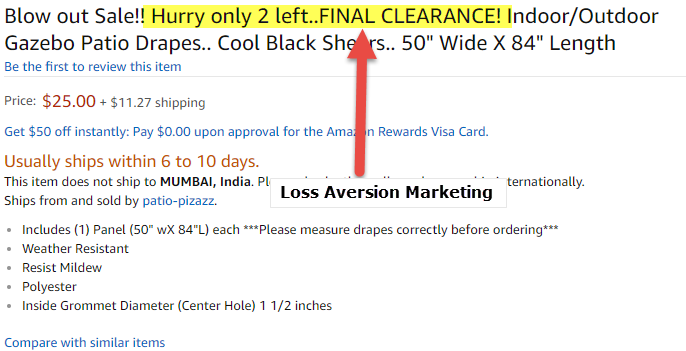 Why understanding “loss aversion” is important?

We often think that we make logical judgments when we’re trying to buy/sell anything. But after understanding “loss aversion” bias, there’s a question mark in how logical/rational our thinking is.

If you understand this scenario, you will be able to price your products in a way that would generate more revenue, increase demands, and help you stand out. At the same time, as a buyer, you would be more aware of these biases and wouldn’t fall prey to these while purchasing/choosing anything.

Before talking about how you can avoid loss aversion bias, let’s look at another related concept, which is equally important.

If you’re an investor and have been investing for a long time, you would know that during a sudden crash in the stock market, you panicked and tried to sell out all your stocks because you didn’t want to lose out on everything. Even if you call yourself a logical, rational, and experienced investor, you still did make a fool of yourself, and you couldn’t see the big picture for the moment.

Well, if that happened, you can’t be blamed because it happens with all of the investors (professional & new)! To avoid myopic loss aversion bias, you need to know that you can’t make a buying/selling decision based on your emotion/how you feel during a panic-stricken moment. Whenever you’re experiencing myopic loss aversion, all you need to do is to let the moment go without making any hasty decision. Once you calm down and become normal again, you can think and decide.

How to Avoid Loss Aversion?

So how would one avoid loss aversion bias?

Loss aversion isn’t a thing of behavioral finance or behavioral economics only. It’s a philosophy that society encourages us to follow through (remember status-quo bias). Let’s say Team A is playing a football match with Team B. Now, Team A is defending Team B with all its might. And Team B is attacking all the time. Of course, Team B will win the match, but both of these teams tried to avoid loss by –

The idea of loss is ingrained in the human mind, and no matter what decision humans try to make (even when they think they’re making the most logical decision), they actually try to become loss averse all the time.

Winning has importance too. As we have seen earlier in the football match example, loss aversion can help a team win (if they can strategize rightly). Loss aversion bias can also help a new investor avoid loss by becoming less greedy about earning more money.

Society only values the top performer. If you fail to become a top performer, you won’t stand a chance. In the bestselling book “The Dip,” marketing guru Seth Godin argues that quitting has different forms. If you can quit the right thing at the right time, you will win. Let’s say you have invested a hefty sum of money. Now you have noticed that for a few consecutive months, the stock price has been declining. If you don’t want to lose a lot of money, you will immediately call your stockbroker and sell the stocks which are declining. We will not call it bias; rather, it’s prudence to quit at the right time.

However, quitting always doesn’t turn out to be useful. If you quit just because you’re loss averse without having sufficient proof to validate your decision, your chances of winning would be dim. For example, if you don’t start a business just because you don’t want to lose money and stay at a dead-end job, you will lose in the real sense (even if you’re thinking that you’re avoiding loss).

One can’t generally speak about avoiding loss aversion bias. It’s very subjective, and it differs from people to people and situations to situations. If you want to avoid loss, but at the same time, don’t want to miss out on new opportunities, try to take a balanced approach. It’s given that you will not be able to win always and in every situation. But if you don’t take any risk because you’re trying to avoid loss, know that the greatest risk lies in riskless living.

Loss aversion bias is connected with a lot many other biases like certainty effect, isolation effect, status-quo bias, endowment effect, sunk cost fallacy, etc. So to look at loss aversion bias rightly, you need to know the context of your decision as well as the content.

And no-one can tell you whether you’re right or wrong without first knowing why you did what you did. Loss aversion is not only a habit; it’s psychology too. Knowing the psychology behind your particular behavior will allow you to pare down most of the biases and decide from the facts that are presented before you.

This has been a guide to what is Loss Aversion Bias and its meaning. Here we discuss how it works along with examples and how to avoid this trap. You may learn more about financing from the following articles –