A nomination is a direction for shares disposals to a prescribed person in the event of the death of the original shareholder. The company allows the transfer of shares easily unless any special condition is kept under the legal, constitutional document of the company—I.e., articles of association in relation to Indian companies. If shares are held in joint capacity, both the holder of shares has to give nomination under their name of holding. 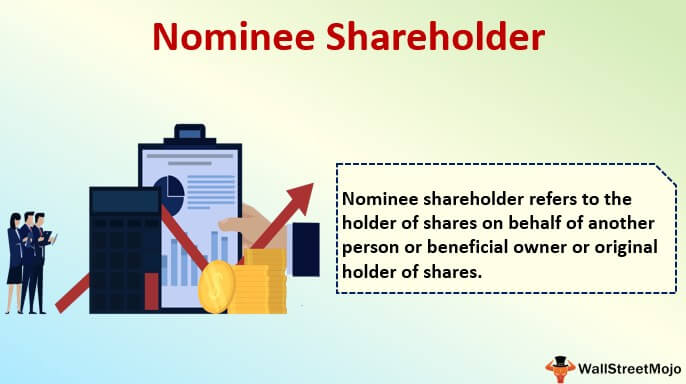 A nominee is required to file a declaration of trust that they have no benefit over shares until the original shareholder is alive. This declaration is called a custodial agreement. Under the custodial agreement, the nominee shareholder holds the shares. Any person or body corporate can hold legal title to shares under nomination. Even a minor can be a nominee to shares in a company. If the nominee is minor, then shareholders shall appoint any other person to become entitled to shares in case of the death of shareholders during the minority of the nominee.

Benefits that accrue to the nominee on the death of beneficial owners will be taxable in the hands of the nominee as beneficial interest, which is attached to the shares on which nomination is registered. A nominee is liable for complying with payment of tax and for other liabilities, which he gets as attached to the shares. Hence nominee is liable for payment of tax for the benefit he received or for transferring the benefit to others on shares he received on the death of an original beneficial holder of shares.

A disadvantage of nominee shareholders is that it involves time and cost to register and maintain details. For the company and the government many times, it is difficult to identify the beneficial owner of the shares to a held personally liable for benefits attached to the shares.

There has been controversy in legal heirs vis ownership of rights of the nominee for transferred shares. At present, companies act does not allow to create third succession mode, i.e., a valid testamentary cannot override a valid nomination created under the Act. For the legal heirs, the nominee is held to be just a trustee. A fiduciary relationship is established between the nominee and legal heirs to protect the interest of legal heirs until the will of the original shareholder is given effect. Hence it can be said that alone nomination cannot establish ownership of shares; it is just a device for companies to enable smooth transmission of shares.

This article has been a guide to Nominee Shareholder and its Meaning. Here we discuss functioning, agreement of nominee shareholder along with its tax implications, advantages, and disadvantages. You can learn more about financing from the following articles –