Since they hold more than 50% of the shares in the company, they are in the position to make decisions in the company. For taking large-scale decisions in any company other than day to day affairs, the entity requires to seek the approval of the shareholders. Thus, to make any decision, the approval of controlling shareholders necessary. And they can analyze whether such a decision is beneficial for the company or not. They can help the organization by not approving any such matter, which is not in the interest of the company. 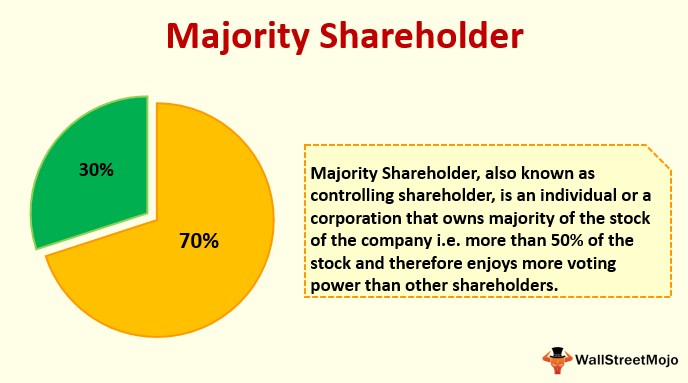 Mr. A holds 25% shares in a company, and his shareholding is highest in comparison to other shareholders of the company.

In this example, although Mr. A holds the highest number of shares, he can’t be called as a controlling shareholder. It is so since, to become one, his shareholding shall be over 50%.

Majority shareholders enjoy decision making power in the company as major decisions require their approval. They should ensure that they fulfill their fiduciary duties towards the minority shareholders and not misuse the rights and privileges available to them. If they feel that such shareholders are suppressing their rights of equal opportunity in the organization, they may file a legal suit against them.

This article has been a guide to Majority Shareholder and its definition. Here we discuss how controlling shareholders affect the decision making of the company along with their features and duties. We also discuss the difference between majority vs. minority shareholders. You can learn more from the following articles –