What is Variable Costing Formula?

Mathematically, it is represented as,

Explanation of the Variable Costing Formula

The variable costing formula can be calculated in the following five steps:

Let us assume that XYZ Limited is a company that manufactures clothes for people of the elite class living in the modern city. The managerial accountant provides the following data, which has been vetted by the financial director of the company that:

Let us assume ABC Limited is a manufacturer of mobile phone covers. The company currently has received an order for 1,000,000 mobile covers at a total contract price of $350,000. However, the company is not sure whether the order is a profitable proposition. The following are the excerpts from the entity’s income statement for the calendar year ending in December 2017:

Now, based on the above information calculation of variable costing will be,

Therefore, the variable costing is lower than the pricing offered in the contract, which means that the order should be accepted.

You can use the following Calculator


Relevance and Use of Variable Costing Formula

It helps a company in the determination of the contribution margin of a product, which eventually aids the break-even analysis that can be conducted to fix the number of units needed to be sold to book a profit.

Further, the application of variable costing in the production and sales of additional units can add to a company’s bottom line in terms of profit because the units would not cost the company any additional fixed cost to produce. Variable costing excludes fixed or absorption costs, and hence profit is most likely to increase owing to the money made through the sale of the additional items.

Let us assume that PQR is a chocolate factory and has the costs, sales, and production information as per the below template.

In the below-given template is the data of the chocolate factory.

By using the above-given data, we will first calculate the total variable cost. 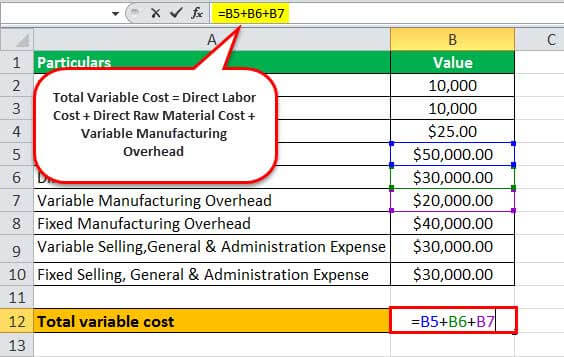 So the calculation of total variable cost will be- 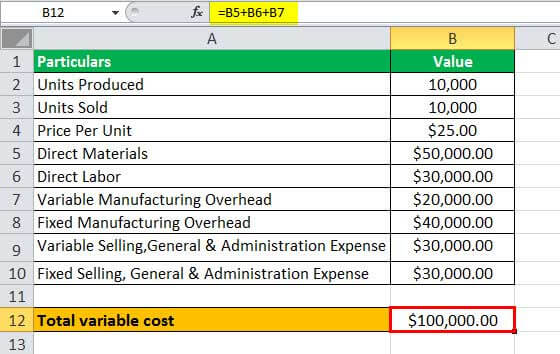 In the below given excel template, we have used the calculation to find the chocolate factory’s Variable Costing. 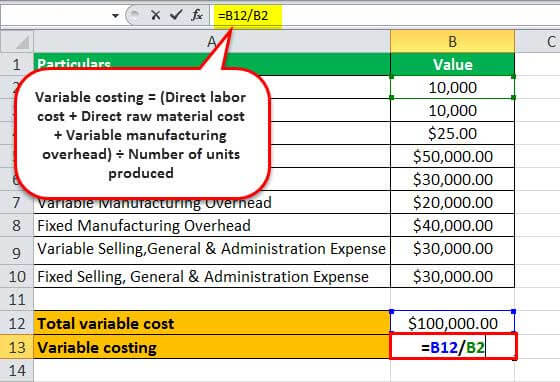 So the Calculation will be:- 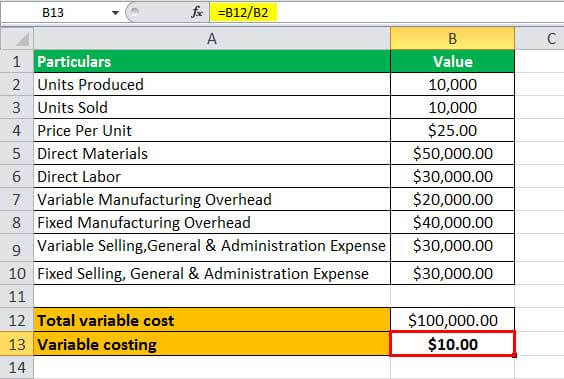