In VBA, when we work with functions that are called in different functions, there are certain circumstances that the value for the original argument is changed when the function is being called; the byval statement prohibits the procedure or the code changing the value for the argument.

I know it is not easy to understand by reading the explanation, but with practical examples of function, we can actually understand better. 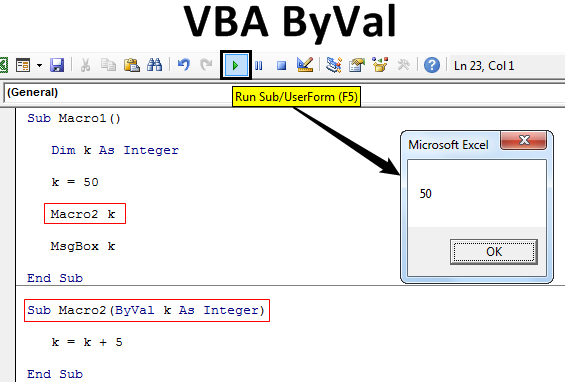 How to use ByVal Argument in VBA?

For example, look at the below VBA codes. 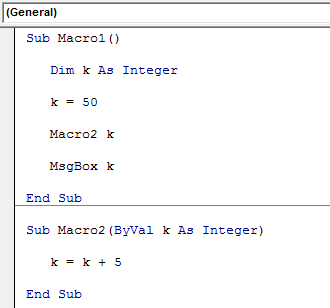 In the above two macro procedures, we have a common variable “k” across procedures. Let me explain this in detail before we see the result.

In the first Macro, we have assigned the value of 50 to the variable “k.”

Next, we have called the second macro procedure from the first Macro.

#1 – Upon pressing the F8 key first, it will highlight the first line of the Macro1. 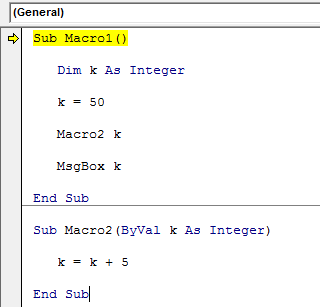 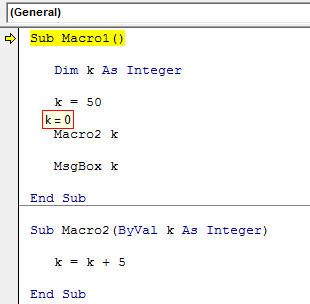 At the moment, the value of “k” is zero. 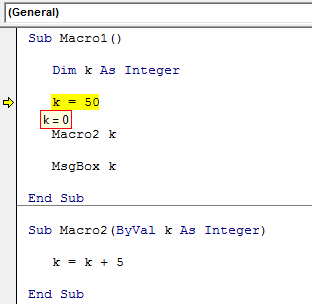 Even now, the value of “k” is still zero. 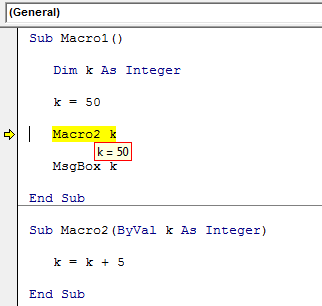 Since the “k” value is set to 50 and code is executed and so value showing as 50. 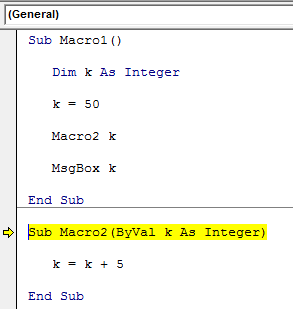 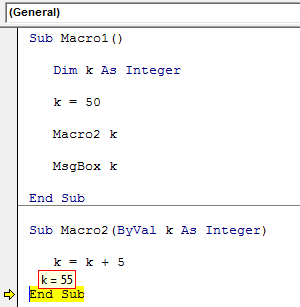 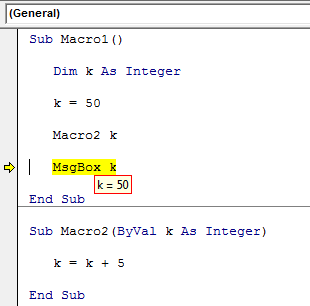 When the macro jumped back to the original procedure Macro1, our variable “k” value is no longer 55 rather the original value in this procedure i.e., 50.

When you press the F8 key, we can see only 50 in the message box in VBA. 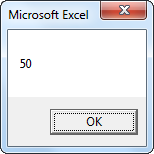 So, as we have told at the beginning of the article “ByVal” argument doesn’t carry values from one procedure to another, even though it carries the value of the variable from the first macro to second by the moment it encounters the line “ByVal” when it comes back to the original macro it resets the value to original value in the procedure only.

Now take a look at the below two macros. 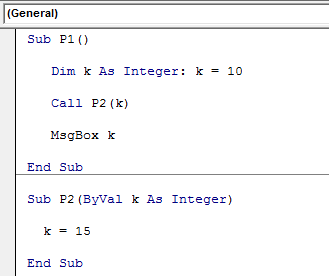 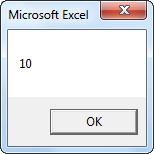 ByVal argument doesn’t affect the variable value even after running the macro, but with the By Ref argument, we can carry the value of the variable from one macro to the other.

This has been a guide to VBA Byval. Here we discuss how to use the ByVal argument in VBA along with the examples and downloadable excel template. You can learn more about VBA from the following articles –