What is Wash Trading?

Wash trading is a type of market manipulation where an investor tries to create series of fictitious transactions in the market by buying and selling the securities, where they input the sell order and ends up buying those securities with the intention to never take an actual position in the market instead it just tries to mislead other investors by unauthenticated transactions. 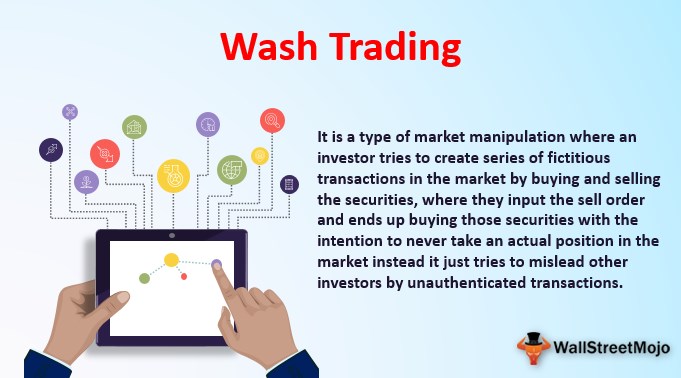 How to Track Wash Trading?

Wash trading is a very common trading practice in a healthy market, but it exploits the intention of trading by the authorities. There are regulations and laws in place for the traders to avoid taking advantage of this loophole resulting in a fair-trading environment.

This article has been a guide to what Wash Trading is and its definition. Here we discuss how does wash trading work with an example and differences. You may learn more about Financing from the following articles –