F-test formula is used in order to perform the statistical test that helps the person conducting the test in finding that whether the two population sets that are having the normal distribution of the data points of them have the same standard deviation or not.

While F-test in Excel, we need to frame the null and alternative hypotheses. Then, we need to determine the level of significance under which the test has to be carried out. Subsequently, we have to find out the degrees of freedom of both the numerator and denominator. It will help determine the F table value. The F Value seen in the table is then compared to the calculated F value to determine whether or not to reject the null hypothesis.

Step by Step Calculation of an F-test

Below are the steps where the F-Test formula is used to the null hypothesis that the variances of two populations are equal: 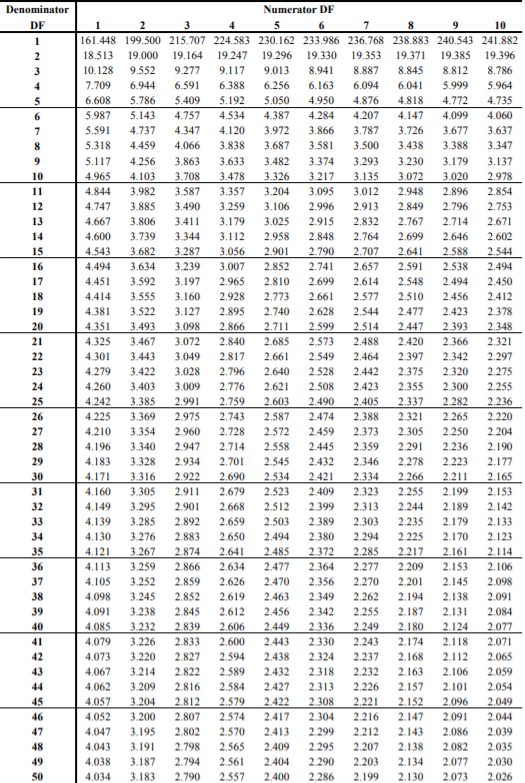 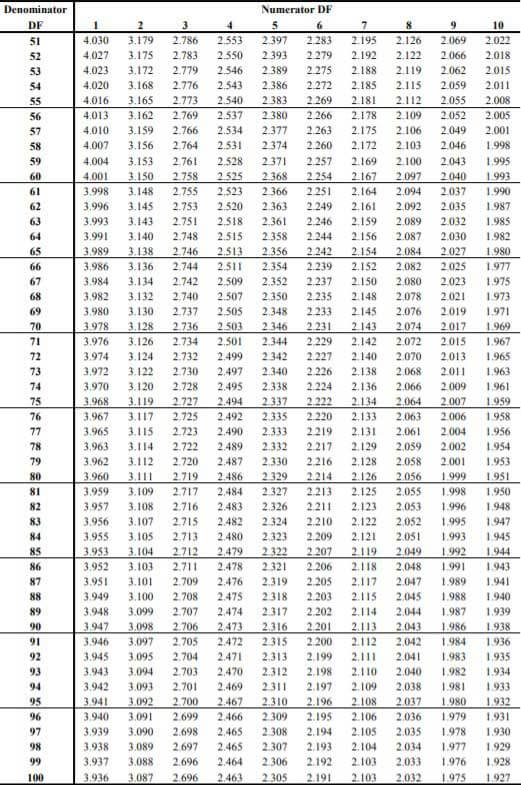 Note: There are different F Tables for different levels of significance. Above is the F table for alpha = .050.

A statistician was carrying out F-Test. He got the F statistic as 2.38. The degrees of freedom obtained by him were 8 and 3. Find out the F value from the F Table and determine whether we can reject the null hypothesis at 5% level of significance (one-tailed test).

We have to look for 8 and 3 degrees of freedom in the F Table. The F critical value obtained from the table is 8.845. Since the F statistic (2.38) is lesser than the F Table Value (8.845), we cannot reject the null hypothesis.

Conduct a two-tailed F-test with a level of significance of 10%. 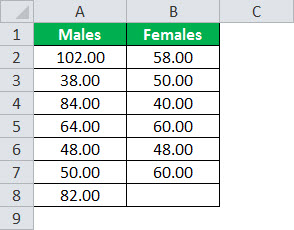 Conduct a one-tailed F test at a 5% level of significance. 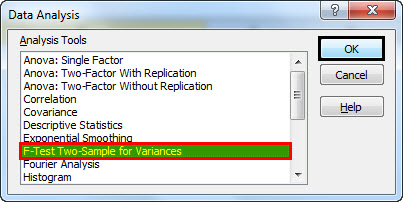 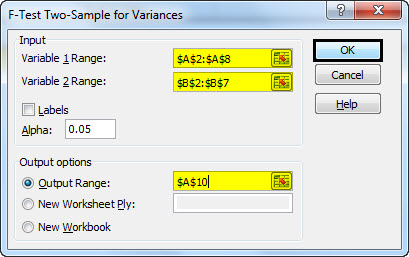 The values for F statistic and F table value will be displayed along with other data. 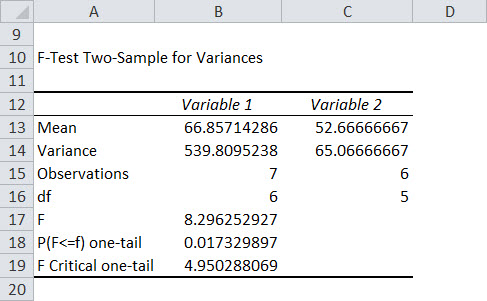 Note 3: There is a formula in Excel to calculate the F table value. Its syntax is:

This article has been a guide to F-Test Formula. Here we learn how to perform F-Test to determine whether or not to reject the null hypothesis along with examples and a downloadable excel template. You can learn more about statistical modeling from the following articles –