The full form of PFI stands for the Private Finance Initiative. Private Finance Initiative is a way by which public sector projects are financed through investments by private sector investors. For this reason, PFI is also known as a public-private partnership because of the relationship between the two sectors. It eliminates the need for immediate investments for the projects by the government for the construction, operation, and maintenance of the public projects and thereby reduces its burden as well as the burden on the future taxpayers.

The presence of the following features can identify the existence. 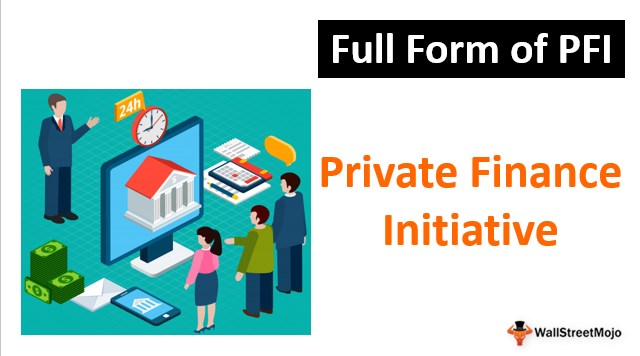 What are the projects that can be undertaken under a Private Finance Initiative arrangement?

How Does Private Finance Initiative Works?

Thus, whenever the public sector contracts with the private sector to undertake the development of a public project, it may be called PFI.

The model provides the following benefits.

There are some limitations which are as follows.

This has been a guide to the full form of PFI (Private Finance Initiative). Here we discuss features, scope, examples, and how does PFI works along with benefits and limitations. You may refer to the following articles to learn more about finance –