What is the Special Purpose Vehicle?

Special Purpose Vehicle (SPV) is a separate legal entity which is mostly created by the company for a single, well-defined and specific lawful purpose and also acts as the bankruptcy-remote for the main parent company. In case of bankruptcy of the company, the SPV can carry its obligations as the operations are restricted to the buying and financing of specific assets and projects.

The terminology or importance of a special purpose vehicle came into much usage and popularity after the Enron debacle. 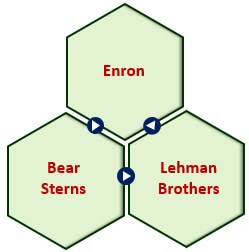 By 2000, ENRON was known to create hundreds of SPVs and would transfer the quickly-earned money in the form of profit by the rising stock to them and receive cash in return. It had created these SPV’s mostly to hide these billions of dollars in debt, which resulted from failed projects and deals.

In 2001, When the reality came into light and the debts were uncovered, the share price tumbled from $90 to lesser than $1 in just a few weeks; shareholders had to bear a loss of approximately $11 billion.

Bear Sterns had created multiple SPV’s intending to raise securitized loan using the assets helped by the SPV’s. It continued to take significant exposure and eventually collapsed when it could not revive the company even after closing all the SPV’s. After this failed emergency rescue, Bear Sterns was finally sold to JP Morgan Chase in the year 2008. 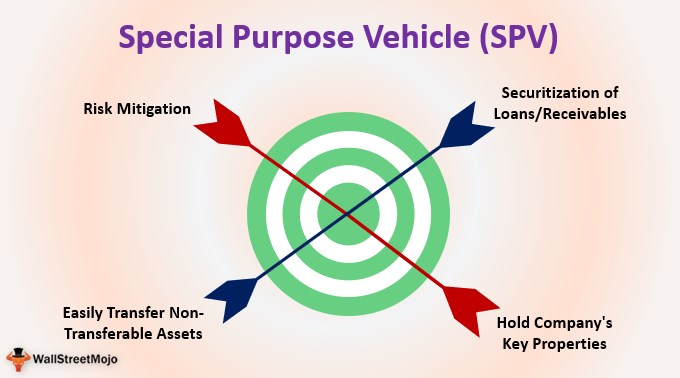 Any company entails a significant amount of risk in its regular operations. The SPVs established helps the parent company to legally isolate the risks involved in projects or operations.

Securitization of loans and other receivables is one of the most common reasons to create an SPV. In the case of mortgage-backed securities, the bank can separate the loans from the other obligations it has by just creating an SPV. This special purpose vehicle, therefore, allows its investors to receive any monetary benefits before any other debtors or stakeholders of the company.

Transferring a company’s assets are either non-transferable or very difficult, and for the same reason, an SPV is created to own such assets. If the parent company wants to transfer the assets, they simply sell off the SPV as a self-contained package rather than splitting any asset or having various permits to do the same. Such cases occur in the case of mergers and acquisitions processes.

Poor risk management and no clear understanding of the implied risks have led to the downfall of some high profile companies and businesses.

Several regulatory and transaction methods have been changed for the special purpose vehicles after the collapse of Lehman Brothers in 2008. The documentation process should now be compliant with the Basel III norms, earlier Basel II. It is now particularly going through the below checkpoints :

The risks can be further handled better with four essential practices:

Thus, we see SPV’s creation by any company as the two sides of the same coin. Given the failures, policies have been made tighter to see that the pros of an SPV can be increased effectively.

This article has been a guide to what is Special Purpose Vehicle (SPV) and its definition. Here we discuss its uses, benefits, limitations, and examples of SPV. You can learn more about accounting from the following articles –