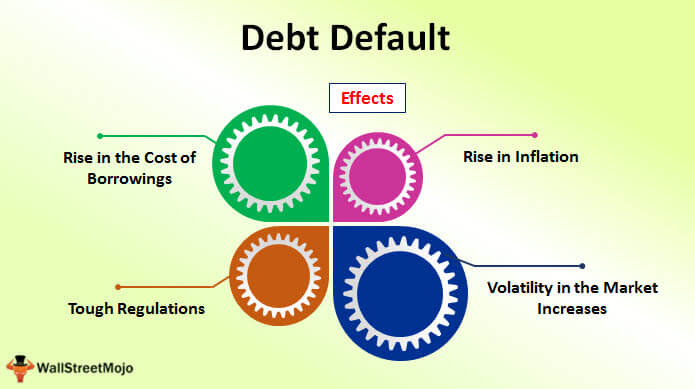 What is Debt Default?

Debt default refers to the situation in which the borrower fails to repay the loans taken affecting the reputation of the borrower but. However, before the debt is declared as a default, a notice is sent to the borrower stating the position of debt and intention of a lender to declare it as default in case of non-repayment of the debt.

In Debt default, the borrower fails to repay the debt at the scheduled time, i.e., on maturity. For each organization, the default period is different. For some lenders like individual lenders, non-repayment of single installment amounts to default, whereas for banks and financial institutions, non-repayment of three installments is considered as default.

Before the debt is declared as default by the lender, the borrower has given the opportunity to repay the debt or enter into a settlement of the debt depends upon the choice of the borrower. The default status negatively affects the borrowers’ reputation and market standings. There are many types of default on debt, including secured loans, unsecured loans, deposits, debentures or bonds, etc.

What Happens on Default Debt? 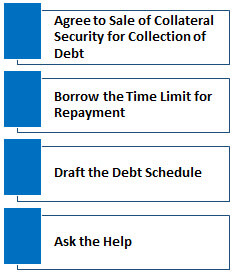 This is the situation where the borrower has defaulted in payment of the debt given by the lender. The default may be because of various reasons. The lender will try to secure the debt so as to minimize the risk of loss, and this is done by various means like taking insurance, guarantors’ consent, and ask for collateral.

In the case of secured loans, the loan can be recovered by selling the collateral attached to it, but in case of loan is unsecured, the legal action is the only option left with the lender. The borrower can prevent himself from the default by accepting the default and entering into the settlement or by asking help from the family and friends.

This has been a guide to What is Debt Default & it’s Meaning. Here we discuss the effects of debt default on the economy and how to avoid it along with threats. You can learn more about from the following articles –