The full form of IFSC stands for Indian Financial System Code. It refers to an 11 digit code which is alphanumeric in nature and happens to facilitate the electronic fund transfer mechanism in India wherein each code happens to identify the banks that would participate in the RTGS and NEFT systems which are commonly used in India

Indian Financial System Code happens to be an 11 character code with the first 4 being alphabetic characters representing the name of the bank, and the last 6 (which can be numeric but can also be alphabetic) going to represent the branch.

The fifth character is many times zero and would often be reserved for any future use, if any. The IFSC code of banks is usually made use by the NEFT and the RTGS systems that would enable the mechanism to channel and route the required messages to the banks’ destination branches.

Given is an example of an IFSC code of ICIC Bank,  Navsari branch in Gujarat.

How to Find the IFSC Code of any branch?

However, should one need details of the IFSC code of any other bank, the same can be done by visiting the official website of the concerned bank or even calling in the bank’s helpline number?

Below is a summary of how the Indian Financial System Code of any branch or bank can be found. 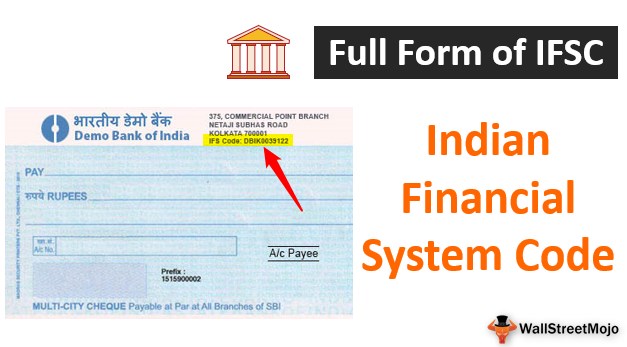 Is IFSC Code the Same for all Branches of the Bank?

How to Search Bank by IFSC Code?

Why is IFSC Code Required in Banking?

Many are under the misconception that the banks themselves create the Indian Financial System Code; however, it becomes important to know that the RBI is the only authority who has the right in generating and then allocating the ISFC code to the various branches

There would be no occurrence of such an instance where the IFSC code would be repeated between banks. It tends to be unique for each bank. NEFT and RTGS are just made based on the account number and the IFSC code

RBI happens to have all the Indian Financial System code’s rights, beginning from the codes generation to the alteration to even cancellation. It even has the autonomy and the power to cancel out the IFSC code or make any amendments wherever required. The customer should be vigilant in such cases and ask for extra checkbooks that are updated and reflect the desired change.

It becomes imperative that the account holder make all effort to double-check on the IFSC codes, even from other third-party websites, to ensure accuracy in the same usage. It is always suggested to transfer a small amount before proceeding with a significant amount to ensure safety in the transactions undertaken.

This has been a guide to the Full Form of IFSC and its definition. Here we discuss format, find the IFSC code of different branches, and search the bank by it. You may refer to the following articles to learn more about finance –