The full form of UPI stands for Unified Payments Interface. UPI is a real-time payment interface developed by the NPCI that facilitates instant transfer between two bank accounts, incorporating multiple bank accounts in one interface, eliminating the need to manage multiple accounts separately while seamlessly making payments for purchases or to peers.

How Does UPI work?

UPI (Unified Payments Interface) connects multiple bank accounts with one app using the user’s mobile number. Once these bank accounts are connected with the app, the user can make payments to other bank accounts from his bank account instantly. The user gets to select the bank account he needs to use every time he makes a transfer or payment.

To facilitate the use of UPI (Unified Payments Interface) for their customers, the banks have to come on board for UPI. Customers can not use UPI if their banks have not opted to participate in the UPI ecosystem. 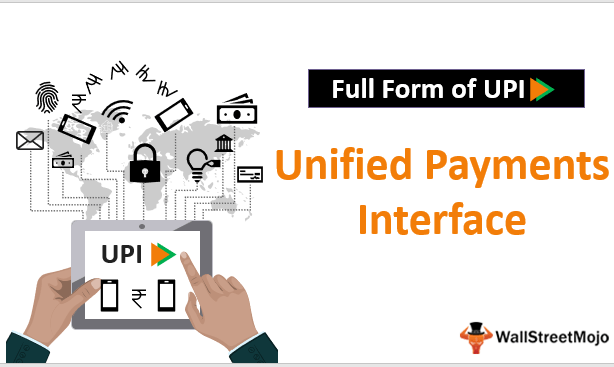 UPI has the following useful features

#1 – Money Transfer Around the Clock Every Day

UPI (Unified Payments Interface) works round the clock and on all days, even on bank holidays. This payment system works much better than NEFT, which has timing limitations to conduct the transactions, and IMPS, which requires you to handle your different accounts differently.

The customer is given a virtual address eliminating the need to enter the details such as account and card numbers while making payments. The money is sent or received in the user’s bank account mapped with this virtual address. Users can also send money using the QR code, which has an inbuilt virtual payment address.

Provides two-factor authentication for the safety of users, merchants, and banks.

How to Register for UPI? 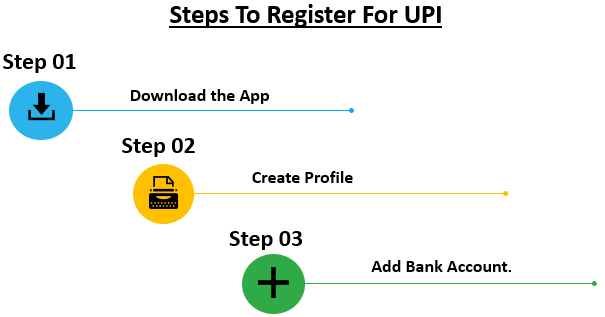 The user downloads a UPI app from the app store. There are a number of UPI apps available which a user can use for his banking transactions. Banks also offer UPI (Unified Payments Interface) on their apps to keep the customers hooked on to their apps. Third-party apps are more popular than the bank apps for UPI transactions.

After downloading the app, the user creates a profile putting in his basic details like name, mobile number, and picks up a virtual payment address and a password.

How to Generate a UPI Pin? 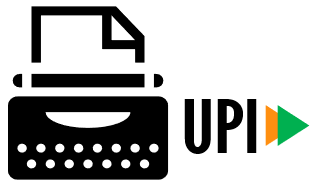 How to Perform a UPI Transaction? 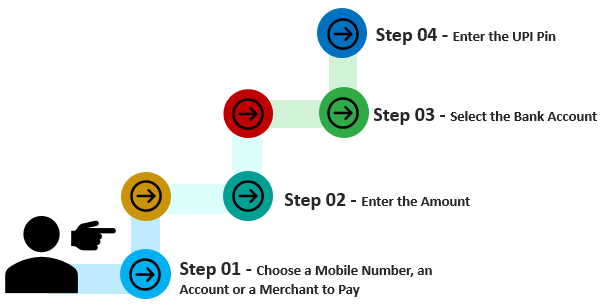 Step #1 – Choose a Mobile Number, an Account, or a Merchant to Pay:

UPI payments can be done to another user using his mobile numbers, to a bank account using the account number and IFSC, and also to merchants by picking the ones which are available on the app or by scanning QR codes

The user has to enter the amount he wants to transfer, or else there’s an existing bill payment due, the amount may come prefilled, and the user can change the prefilled amount before the transfer.

The user gets to select the bank account he wants to make the transfer from. This selection happens in the final stages of the transaction.

The user gets an SMS from the bank about the transaction one the payment is successful.

What are UPI Charges and Fees? 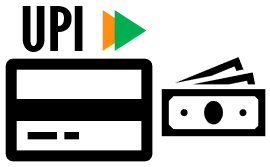 While the transactions are free for now, banks and apps are stipulating a possible fee for the transactions. These charges, whenever they will come, will still be lower than many other forms of payment that are commonly used in day to day lives.

Is UPI Better Than Cash or Card?

UPI is essentially a digital mode of transaction and can be termed as better than cash. The ability of UPI to put all bank accounts under one app also makes it better than cards. A one-click transfer without charges makes UPI a highly adoptable proposition for banks and customers alike. It is beneficial for merchants, too, as it gives them a mode to collect payments without paying transaction charges, which are the norm with debit and credit card transactions.

UPI is a revolutionary invention that has led to a significant change in the payment ecosystem of the country. Implemented in India, it has garnered global accolades for the ease of its operations and zero or low transaction costs.

The interface has picked up pace after the demonetization of the central government and has helped solve payment woes of people across the country. As of March 2019, a total of 144 banks have got themselves on UPI, facilitating transactions of a whopping Rs. 1.334 trillion (USD 19 billion). While the payments may look small with respect to the global standard of digital payments, they are still significant for the country where mobile data adoption has started picking up as recently as 2016.

This has been a guide to the Full form of UPI, i.e. (Unified Payments Interface) and definition. Here we learn how to register for UPI, how to generate UPI Pin, how to execute UPI Transaction along with its features. You may refer to the following articles to learn more about finance –