Progressive tax refers to the increase in the average rate of tax with the increase in the amount of taxable income so that the liability of paying heavy taxes passes to those who earn a higher income and those with lower income can have a relaxation from the heavy income tax obligations.

Progressive Tax System aides in reducing the income inequality in an economy by imposing a higher rate of tax on the higher income group and allowing lower-income groups to pay a lower rate of tax. Such tax is called progressive since the liability of a taxpayer increases/decreases with his/her proportion of income. 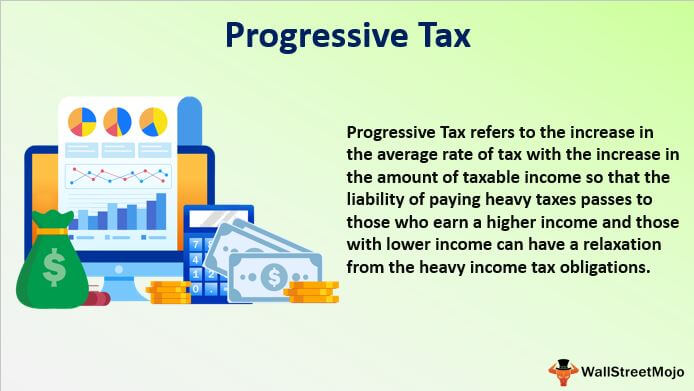 India has its tax brackets (slabs) that segregate income groups into the accordance of their income upon which the government levies respective tax rates for the same. The tables for the same are given below for reference for the financial year of 2018-2019:

For individuals who are less than 60 years of age

For senior citizens who are 60 years of age or higher, but less than 80 years

For senior citizens who are more than 80 years

It can be inferred that India follows a partial progressive tax system since we can observe that every year the government produces a ‘Budget’ according to which the tax slabs and tax rates are levied. However, it has been observed that there is no balance between India’s direct and indirect taxes – the base for the direct tax is too small in comparison to indirect taxes that are too large in accordance. As a consequence, the tax revenue incurred by the government is too low. As per official reports, only 1.6% of the population in India pays taxes.

Many economists believe that GST is more regressive because the poor sect of people ends up paying a greater proportion of their income on consumption. For example, in the current GST taxation, biscuits are levied at 18%, whereas gold is charged at 3%. It indicates that consumption of very economic things that should be easily available at a much cheaper rate is an expensive purchase for the lesser-income group of people. India needs to be more progressive in order to maintain a sound balance of income distribution and uniform economic growth for a better future.

This article has been a guide to what is Progressive Tax and its definition. Here we discuss Progressive Tax System examples along with its Pros and Cons. You may also have a look at these articles below to learn more about Accounting basics –