INR is the official currency of India. Since 2010, INR is denominated by “₹” instead of “Rs.” D. Udaya Kumar designed the “₹” for INR. One INR is equal to 100 paise. One rupee coins are the lowest value that is used in the country. Reserve Bank of India or RBI takes care of the issuance of the currencies in India.

The RBI issues rupee coin in different metals for denominations like 50 paisa coin, 1 rupee coin, 2 rupee coin, 5 rupee coin, and 10 rupee coin. Most of these coins feature Ashoka, which happens to be the emblem of India. 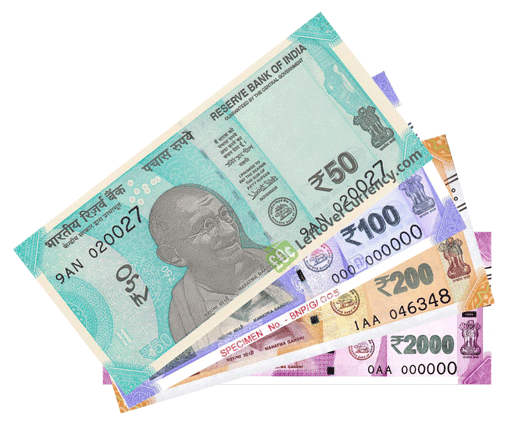 Types of the INR

The different types of INR are mentioned below-

How is the INR Managed?

RBI manages INR. This means the regulation and control of INR are taken care of by the Reserve bank of India. Only upon the advice of the RBI, the government of India decides on the issue of various denominations of banknotes. The RBI manages all the Indian currency-related operations by means of nineteen Issue offices that are located at Belapur, Bangalore, Ahmedabad, Bhubaneshwar, Kolkata, Lucknow, Kanpur, Jammu, Jaipur, Chennai, Hyderabad, Guwahati, Chandigarh, Patna, New Delhi, Nagpur, Mumbai, and Thiruvananthapuram. These Issue offices receive new banknotes from the printing presses. The New Delhi, Hyderabad, Mumbai, and Kolkata are the first ones to receive coins from the mints. The small coins are stocked at the small coin depots and the rupee notes and banknotes at the currency chests.

INR is the official currency for India. INR stands for Indian Rupee. RBI is the only body charged with the responsibility of the issue of currency notes and its circulation. Reserve Bank of India Act, 1934, decides the RBI’s role with respect to currency management. One rupee coin is the lowest denomination value in India, while INR 2000 is the country’s  highest denomination value. India’s government came up with new INR 500 and INR 2000 notes a few days after demonetization that has various security features to disallow duplication of the same.

This has been a guide to the Full Form of INR, i.e. (Indian Rupee) and definition. Here we discuss security issues in INR, types of INR, and how INR is managed. You may refer to the following articles to learn more about finance –