What is the Expectations Theory?

Expectations theory attempts to forecast short term interest rates based on the current long-term rates by assuming no arbitrage opportunity and therefore implying that two investment strategies spread in a similar time horizon should yield an equal amount of returns. For example, Investment in bonds for two consecutive one-year bonds yields the same interest as investing in a two-year bond today. 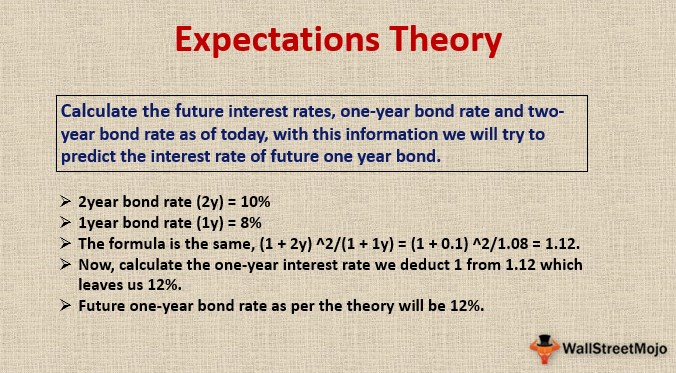 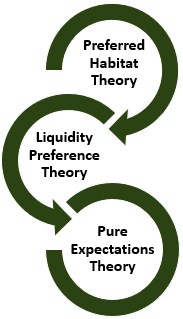 The assumption of this theory is that forward rates represent the upcoming future rates. In a way, the term structure represents the market expectation on short-term interest rates.

In this theory, liquidity is given preference, and investors demand a premium or higher interest rate on the securities with long maturity since more time means more risk associated with the investment.

Different bond investors prefer one maturity length over others and also that they are willing to buy these bonds if enough calculate risk premium is yielded on such bonds. In this theory, everything else equal, the basic assumption is that investor preferred bonds are short term bonds over long term bonds, indicating that long term bonds yield more than short term bonds.

This is a tool used by investors to analyze short-term and long-term investment options. The theory is purely based on assumption and formula. However, the investment decision should not have only relied upon this theory. People should just use it as a tool to analyze the health of the market and combine the analysis with other strategies to get reliable investment choice.

This has been a guide to What is Expectations Theory & its Definition. Here we discuss the formula to calculate expectations theory and examples along with types, advantages, and disadvantages. You can learn more about from the following articles –