What is LIBOR Curve?

Let us have a look at an example of a one-year LIBOR Curve of the year 2019. 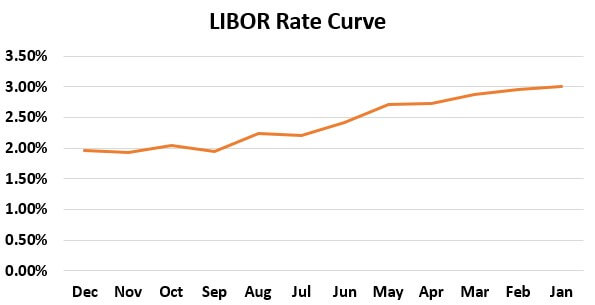 The curve is based on the following data. 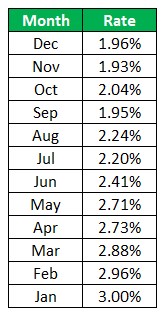 The curve here represents the movement in the LIBOR interest rate on a monthly basis. The rates for a period of twelve months is depicted in the graph. By having a look at the graph, the LIBOR rate for all twelve months can be determined.

LIBOR curve is an important tool for banks and financial institutions and is based on the globally determined benchmark rate. The same is useful for determining the interest rates for lending and other financial products such as interest rate swaps and LIBOR futures. A majority of global financial products are based on LIBOR. The rate is also used by the regulatory authorities to suggest the maximum spread at which loans can be given to the borrowers abroad.

LIBOR curve graphically represents the LIBOR rate for various maturities. The rate is being used globally by the leading banks and other financial products and continues to be used to date.

This has been a guide to what is LIBOR Curve. Here we discuss an example of a one-year LIBOR curve with importance, uses, and differences. You may learn more about Financing from the following articles –