What is the Federal Income Tax?

Federal Income Tax is the tax system in the United States, levied and governed by Internal Revenue Services (IRS)  that helps determine the tax that is charged on the income earned by individuals, corporates, and various other legal entities. Income includes any kind of earnings i.e. salary, bonus, wages, capital gains, etc.

Whenever an individual earns a certain income, say salary, a part of it has to be paid to the government in the form of income tax. The same rule applies to all other forms of income, like winning cash from the lottery, capital gains, bonuses, interest incomes, etc. Individuals pay income tax, which is usually taken directly from their paychecks, which in turn is paid by the employer to the government. The federal income tax system is a Progressive Tax System, which means higher income, higher tax rates, and vice-versa. All the income tax rules are discussed below in the article. 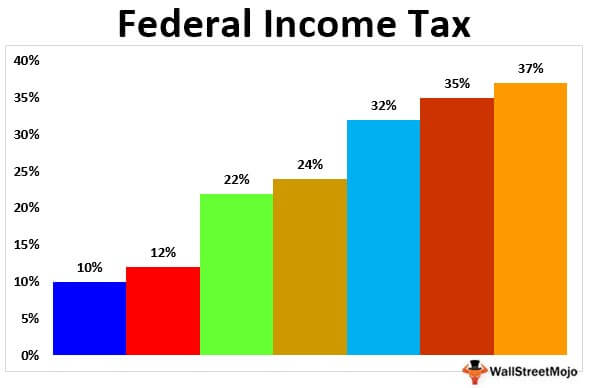 There are currently seven tax brackets under the US Federal tax system. These are:

There is an income threshold for each tax bracket.

Federal Income tax is levied on the basis of marginal tax rates i.e. if your total income falls under the tax bracket of 32%, that does not mean all of the income is taxable at the rate of 32%. Only the amount that falls into a 32% tax rate bracket is taxable at that rate.

A person who is filing an income tax return and paying taxes must determine its filing status. There are following types of status under which one can file its return: Single, Married and filing Jointly, Married and filing separately, and Head of Household.

Single: The taxpayers who are unmarried or legally separated from their spouse and does not qualify for any other filing status comes under this category.

Married and Filing Jointly: The taxpayers who are married before the end of the tax year comes under this category.

Married and Filing Separately: The taxpayer who is married but chooses to file return separately comes under this category.

Let’s understand the tax brackets & the rates through an example: 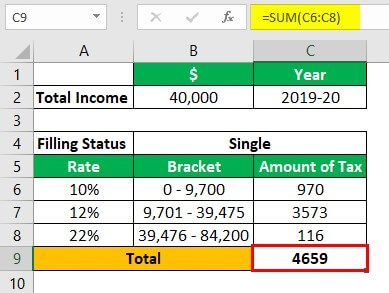 For Married and Filing Separately 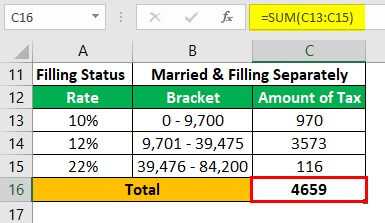 For Married and Filing Jointly 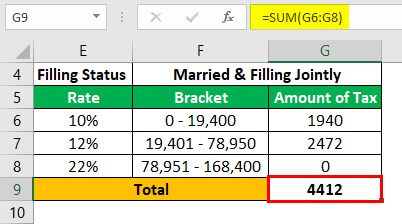 For Head of Household 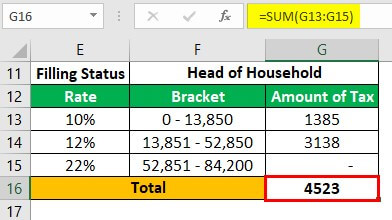 An income tax is a tax charged by the government from the earnings of individuals and businesses. Tax paid by individuals is called income tax, and the tax paid by companies is called corporation tax. The tax system is a progressive system that means higher income, higher taxes, and lower-income, lower taxes. There can be different state tax laws and federal tax laws. An individual has to comply with both.

This has been a guide to Federal Income Tax and its definition. Here we discuss the purpose, examples, and federal income tax brackets and rates along with advantages and disadvantages. You may learn more about financing from the following articles –