A windfall tax is a charge levied by federal governing bodies on business entities when they make abnormal gains from financial windfalls. The idea behind such taxes is to reallocate favorably abnormal profits in one sector for social causes. Taxes like lottery tax or tax on winnings from game shows and horse racing, gambling or betting are examples of windfall taxes.

How does Windfall Tax Work? 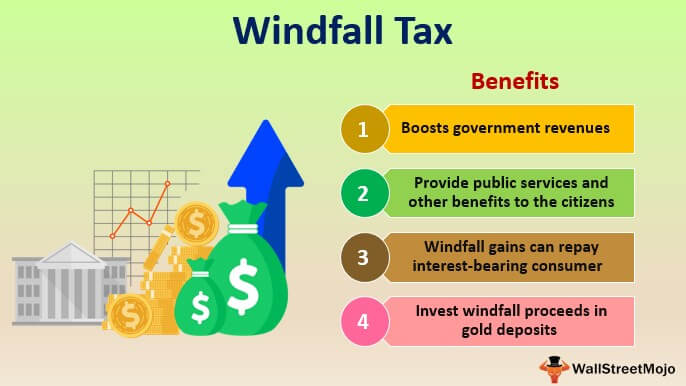 Windfall taxes provide a good source of revenue to the government as it follows the principle that those who have earned a surplus through windfalls to be taxed and also discouraging businesses of the lottery, gambling, horse racing, etc. It affects the companies which earn huge profits in the business of oil and gas as they have lesser income in the form of dividends to be distributed to its investors.

This article has been a guide to what windfall tax is, and its meaning. Here we discuss how does windfall tax works along with benefits and drawbacks. You can learn more about from the following articles –