What is the Gas Guzzler Tax?

The term “gas guzzler tax”, which was introduced under the provisions of Energy Tax Act 1978, is a federal excise tax applied only on the sale of new passenger vehicles that do not meet certain fuel economy standards (i.e. vehicles which have potential to consume more fuel than the standard requirement) and excludes trucks, SUVs and Minivans which are used for commercial purpose only. 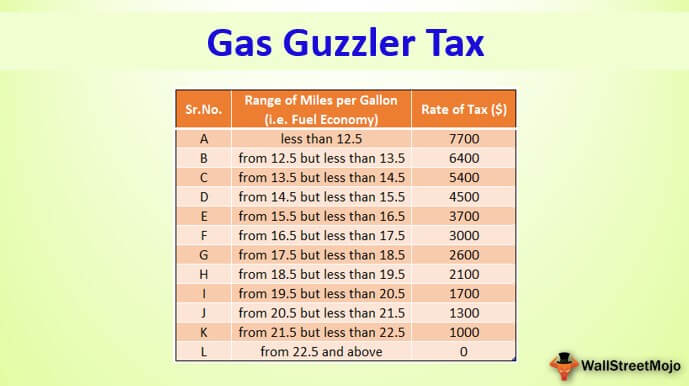 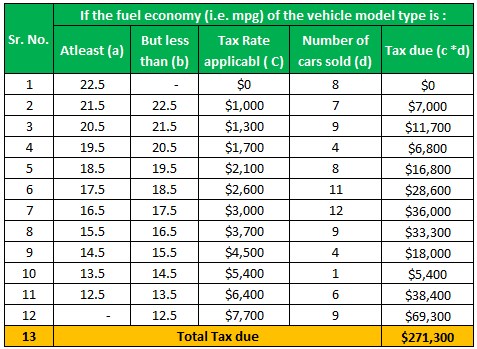 The information is required to be submitted in Part I of the form number 6197 of the IRS. This form 6197 is attached to form 720. Part II of the form requires the manufacturer to submit details regarding the identification of the models which are subject to the said tax. Like in our example, the manufacturer should specify the exact model name, make, and model year of the 8 cars sold underline number 5 having a rate of tax $ 2100. The exact format is as below: 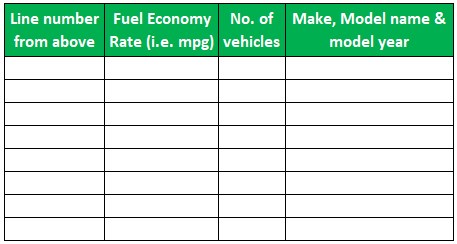 The most significant criticism is that the giant gas guzzler does not apply to light trucks. The reason is that the law was enacted way back in 1978, wherein light trucks & SUVs comprised of a mere 25% or even less than that. However, things changed with time. The use of SUVs has changed substantially over the past decades. But the law has not yet changed—the Older the law, greater the problems. A decade ago, an amendment was made to the law which exempts limousines, and SUVs were kept exempt.

The tax rates are based on the range of miles per gallon. The rates are as follows: 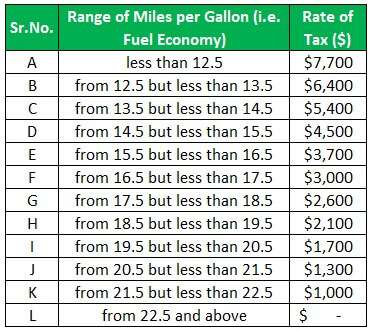 So, if you just observe the above table, the rate is highest for a lower number of miles per gallon (i.e., $ 7700) per vehicle, and it is NIL for the highest possible miles per gallon. It proves the term “lower the fuel economy, higher the tax you have to pay.”

The world is moving towards efficiency-oriented techniques in every minute aspect. Today quality of the product is of utmost importance. Deriving the maximum out of the smallest things is essential. We need to accept the fact that fuel is a scarce resource in the world. Hence, acquiring the most out of least is required. Even when car engines are adjusted to consume fuel according to requirements, there are luxurious cars that consume more than needed. Hence, laws like energy tax are enacted to make good the loss caused to the environment by charging tax on its supply. But do things end here? Absolutely not. We need to find other methods such that human luxury does not affect the environment.

This article has been a guide to what is Gas Guzzler Tax. Here we discuss calculation, rates, and how does gas guzzler tax works along with criticism. You may learn more about financing from the following articles –