The full form of AGM is the Annual General Meeting. AGM can be defined as an official gathering of the stockholders and directors of an incorporated company in every calendar year, and the most purpose of the annual general meeting is to ensure that there is 100 percent compliance concerning all the lawful requirements like preparation and presentation of the company’s financial statements, the appointment of an auditor, etc.

The purpose of the Annual General Meeting is to ensure full compliance with all the independent statutory requirements such as preparation and presentation of a company’s financial reports, auditor/auditors’ appointment, the election of a board of directors, and so on. In this light, it can be said that the AGMs are held to ensure that the business of a company is appropriately conducted on behalf of it, to make significant decisions concerning the welfare of the company, to approve the audited financial statements, to update the equity holders regarding the past and upcoming activities of the company, and so on. 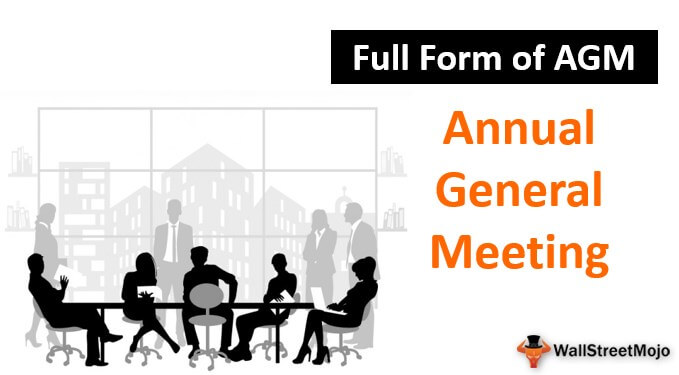 AGMs are conducted with an objective of transacting about ordinary as well as special business. 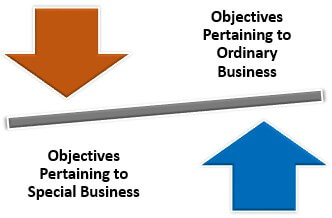 It is held so that the incorporated company’s equity holders and members can vote on matters like selecting the board of directors, viewing the audited accounts of the concerned company, giving their approval on the same, etc. In large companies, it is the only meeting conducted in a calendar year where the equity holders and executives interact. SEC or Securities and Exchange Commission has made it mandatory for public companies to keep their stockholders informed about the past, present and future activities of a company by means of an AGM. Public companies must conduct an AGM each financial year. The time between two consecutive AGMs must not exceed over fifteen months, and it is even mandatory for companies to send a notice in written and that too at least 21 days ahead of the AGM’s date, mentioning all the details of the same.

ABC, a newly incorporated company, wishes to hold its first AGM. Take ABC through all the requirements that it must necessarily fulfill to conduct an AGM.

ABC is a newly incorporated company must hold its first annual general meeting within a period of nine months right falling before the end of a financial year. The company must ensure that it sends a written notice to all its members and equity holders at least 21 days before it is planned to be conducted. ABC must make sure that it is maintaining the quorum of AGM to be levied with the status of a valid meeting. If ABC is a private company, it must have a minimum quorum of 2 members, and if it is a public company, it must have a minimum quorum of 3 members.

AGM is used for Annual General Meetings. An AGM can be defined as a mandatory meeting that must be convened by incorporated companies (both private and public) once in every financial year. It must be held at the incorporated company’s registered office, and it must be conducted on a business day during office hours only.

This has been a guide to the Full Form of AGM, i.e. (Annual General Meeting), and it’s meaning. Here we discuss how does AGM works, its purpose, along with an example, importance, and differences. You may refer to the following articles to learn more about finance –