What is Trial Balance in Accounting? 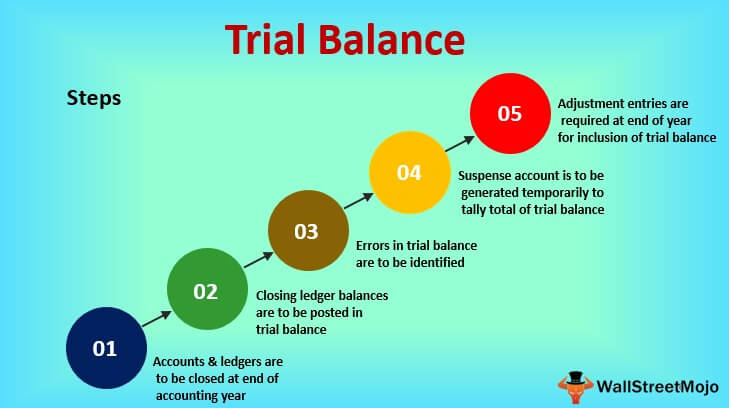 Objectives of the Trial Balance

There are various objectives of preparing Trial balance which is mentioned below:

How to Prepare a Trial Balance?

The following methods can be used to prepare Trial Balance –

Of the two methods of preparation mentioned above, the balance method that is the second one is usually used in practice because it facilitates the preparation of financial statements.

The following are steps necessary to take for the preparation of trial balance.

The correspondence of trial balance is not stated as definite evidence for the absolute accuracy of the books. It only indicates the mathematical precision of the books of accounts. The Trial balance may agree, and yet there may be some errors of the following types remaining undisclosed.

There are following errors that are disclosed due to the disagreement.

Whenever there is disagreement, significant steps must be taken to locate the reason for differences:

If all these efforts fail to locate the errors, all the books of prime entry must be cast, and posting to the ledger should be rechecked.

Example: The following trial balance has been prepared.