What is the Collection Agency?

A collection agency is an agency that is engaged by the lenders and the creditors for the purpose of recovery of the amounts due to them on account of products sold or services rendered by them, that is remaining unpaid by the purchaser for more than a reasonable period of time. 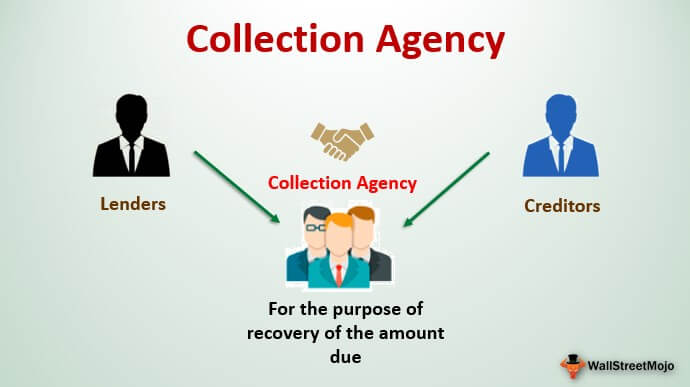 How Does Collection Agency Work?

Getting a collection agency involved in the case of non-recovery of amounts due from borrowers or debtors to become important due to the following reasons.

How are Debtors Getting Paid by Collection Agencies?

These agencies make recoveries for the defaulting accounts on behalf of the debtors. Against this service, the agency is paid for the same on a certain percentage which is based upon the amount of recovery done by it.

#3 – Level of Difficulty in Debt Collection

Based on the nature of the account and its age, a debt shall be assigned to a collection agency or be sold to a debt buyer after all possible attempts are made for the recovery of the account in-house.

This has been a guide to what is Collection Agency and its definition. Here we discuss characteristics and how does a collection agency work along with its importance and how debtors getting paid from it. You may learn more about financing from the following articles –