Debtor is a person or any other form of party in a transaction which owes money to the other party. The receiver is called as creditor while the giver is known as the debtor and the payment terms vary for each transaction based on the terms and conditions discussed between the parties.

In case of a mortgage, the Debtor pays interest in exchange for a loan taken from the lender in addition to the principal borrowed. 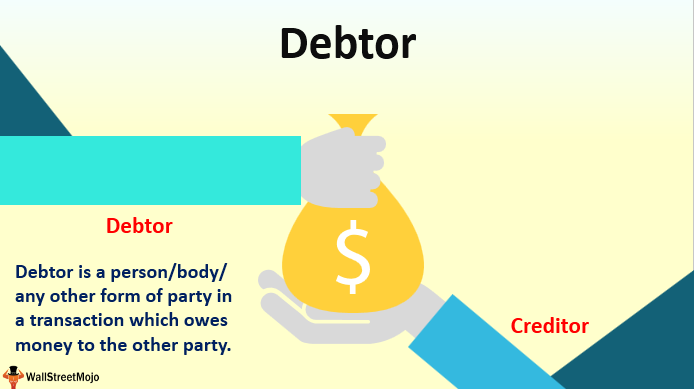 How to Calculate Oustanding Loan of Debtor?

Borrowed Capital = Capital to be Returned

Debtors, in most cases, are required to pay as per compounding rate of interest.

Mr. A visits ABC Bank, which offers him a loan of $70,000 for a term of 5 years to be returned with 10% interest annually. Upon signing up for the loan, Mr. A is known as a “debtor” and bank, which is the other party is called the “creditor.” Once Mr. A is paid out with the loan amount, he approaches the car dealer, pays him the amount of $100,000, and gets the ownership of that car.

However, as part of the amount is his indebtedness to the bank, he needs to repay it to them based on their credit terms.

As the interest calculation is not mentioned as a compounded basis, it is understood to be simple interest.

Therefore, calculation of the amount to be paid at the end of 5 years using below formula is as follows, 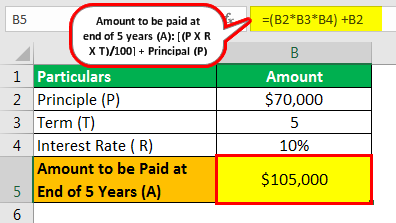 Anna gets into a debt of $20,000 for a period of 2 years at an interest rate of 2% compounded annually. Anna is a debtor in this case. Calculate the amount to be paid at the end of 2 years and total interest paid on this debt.

(Assume Anna pays the installments on an annual basis).

Therefore, calculation of amount to be paid at end of 2 years using below formula is as follows, 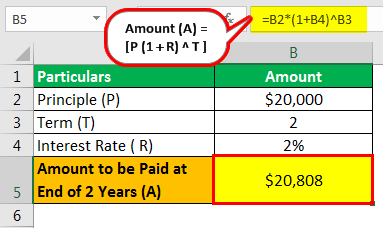 Total Interest Paid for this Debt 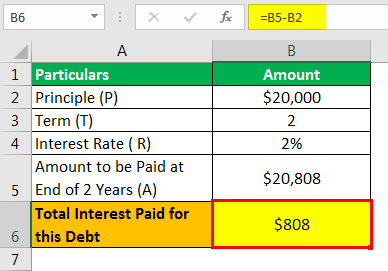 Apart from payment by cash, a deal may require them to make payment in kind apart from the principle on the debt. Such deals are specific, customized, as per the size of the loan and relationship between the creditor and the Debtor. In such cases, payment terms also differ from general loan terms.

This has been a guide to Debtor and its definition. Here we discuss the meaning of debtors along with examples, advantages, disadvantages, and limitations. You can learn more about finance from the following articles –