What is Asset Turnover Ratio?

Asset turnover ratio is the ratio between the net sales of a company and total average assets a company holds over a period of time; this helps in deciding whether the company is creating enough revenues to make sure it is worth it to hold a heavy amount of assets under the company’s balance sheet.

In simple terms, the asset turnover ratio means how much revenue you earn on the basis of the total assets you have. And this revenue figure would equate the sales figure in your Income Statement. The higher the number better would be the asset efficiency of the organization. It’s being seen that in the retail industry, this ratio is usually higher, i.e., more than 2. 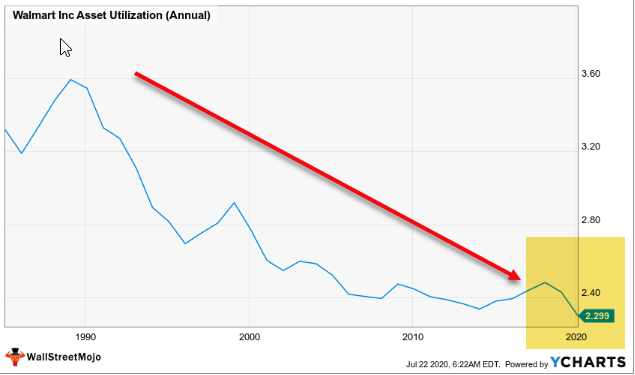 So, if you have a look at the figure above, you would visually understand how efficient Wal-Mart asset utilization is. The revenue is more than double of what assets they have. 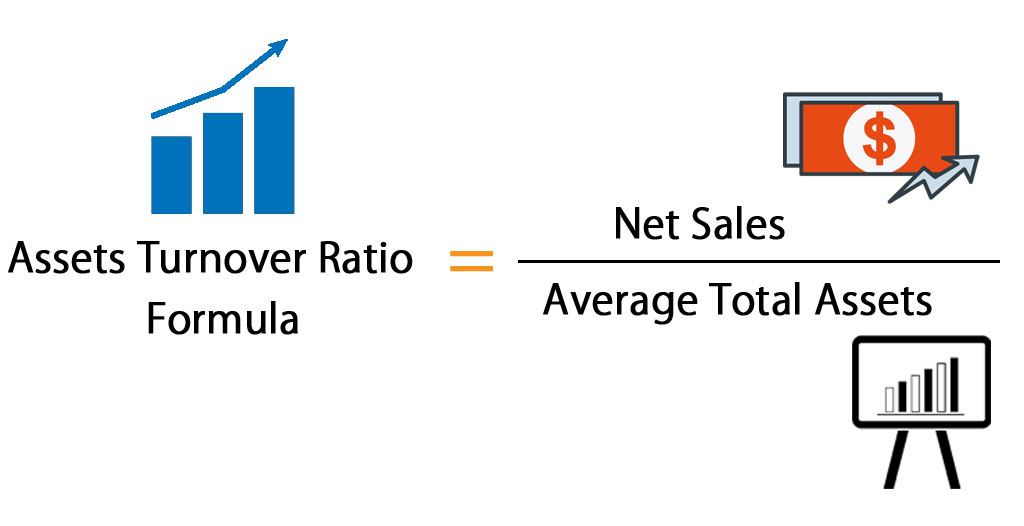 Now there are a few things you should know before we can go to the interpretation of the ratio.

First, what do we mean by Sales or Net sales, and what figure we would take to calculate the ratio? What are total assets, and would we include every asset the firm has, or would there be some exception?

Now let’s come to the total assets. What would we include in total assets? We will include everything that yields a value for the owner for more than one year. That means we will include all fixed assets. At the same time, we will also include assets that can easily be converted into cash. That means we would be able to take current assets under total assets. And we will also include intangible assets that have value, but they are non-physical in nature, like goodwill. We will not take fictitious assets (e.g., promotional expenses of a business, discount allowed on the issue of shares, a loss incurred on the issue of debentures, etc.) into account.

It is a  very important thing to consider, as this will ultimately turn out to be what decision you would make about your company in the long run. Let’s interpret two options, and let’s discuss these scenarios in detail.

If the asset turnover ratio < 1

Here one thing every company should keep in mind. If you want to compare the asset turnover with another company, it should be done with the companies in the same industry.

Let’s understand this with an example.

Let’s do the calculation to find out the asset turnover ratio for both the companies.

First, as we have been given Gross Sales, we need to calculate the Net Sales for both of the companies.

And as we have the assets at the beginning of the year and the end of the year, we need to find out the average assets for both of the companies.

Now, let’s calculate the asset turnover ratio for both the companies.

Let’s say both companies, A and B are from the same industry. In that case, we can do a comparative analysis. It’s clearly seen that the ratio of Company A is more than the ratio of Company B. As it is assumed that they both belong to the same industry, we can conclude that Company A is able to utilize its assets better to generate revenue than Company B.

We have discussed how you would be able to calculate the asset turnover ratio and would also be able to compare among multiple ratios in the same industry.

Let us now calculate Nestle’s Asset Turnover and what we can interpret from the values obtained.

Once you have the data for say, the last 5-6 years, you can put those in excel, as shown below. Calculate the Average Asset size for each year. 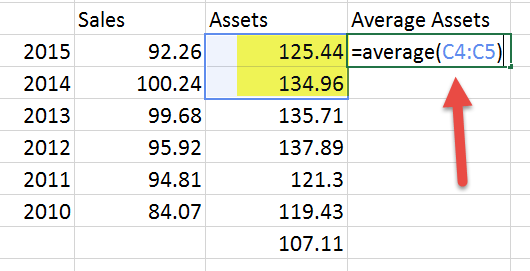 The next step is to calculate Asset Turnover = Sales / Average Assets.

Below is Nestle’s Asset Turnover for the past 15+ years. 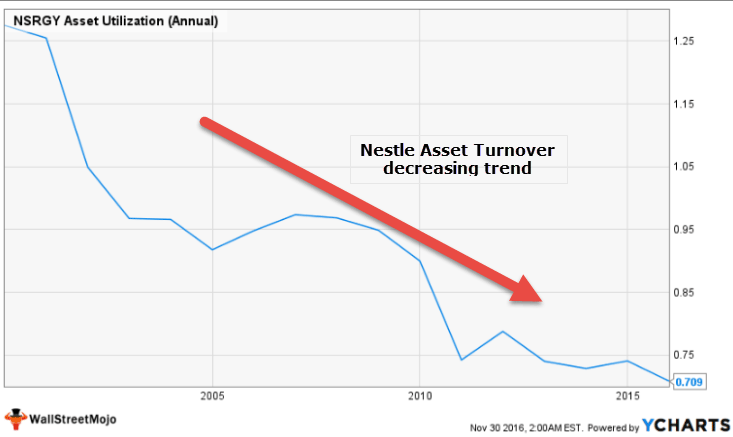 So from the calculation, it is seen that the asset turnover ratio of Nestle is lesser than 1. But that doesn’t mean it’s a lower ratio. We need to see other companies from the same industry to make a comparison.

Also, you may note from this chart; the Asset Turnovers has shown a decreasing trend over the past 15 years.

Let’s look at the two companies Colgate and P&G. 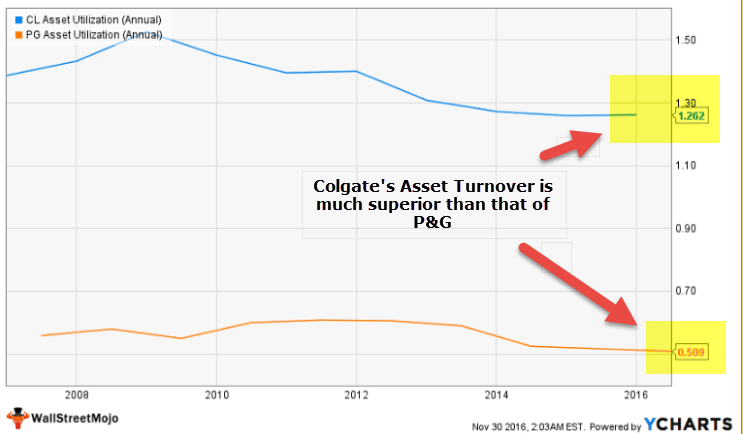 As everything has its good side and bad side, the asset turnover ratio has two things that make this ratio limited in scope. Of course, it helps us understand the asset utility in the organization, but this ratio has two shortcomings that we should mention.