What is Financial Modeling in Python?

Financial Modeling in Python refers to the method that is used to build a financial model using high-level python programming language that has a rich collection of built-in data types. This language can be used for modification and analysis of excel spreadsheets as well as automation of certain tasks that exhibit repetition. Given that financial models use spreadsheets extensively, Python has become one of the most popular programming languages in the field of finance.

The PPF package or library refers to the Python package that comprises a family of sub-packages. In other words, it is a mixture of various supporting extension modules that facilitate the implementation of Python programming. Please find below the summary of the various PPF sub-packages:

Some of the major mathematical tools available in Python are as follows: 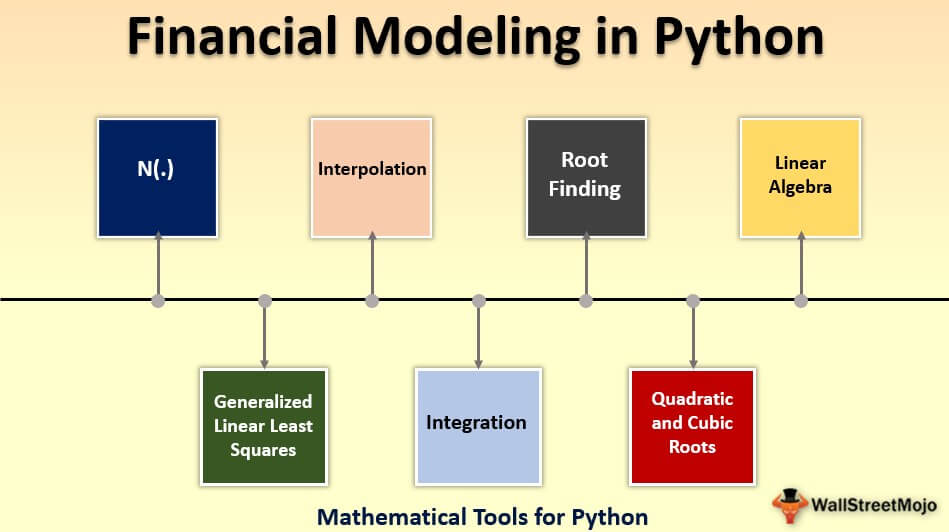 There are certain limitations in Python that can be overcome with the extension modules using C. These extension modules can be used to add new built-in object types to Python and can call functions from the C library. A certain set of functions, macros, and variables available in Python API to support such extensions. The header ‘Python.h’ is included in a C source file for Python API.

Some of the Python Excel integration tools that can be used to supercharge the existing excel functionality are as follows:

Objects are the underlying essence of a Python data model. All the data in a Python program is either represented by objects straightaway or by the relationship between objects. An object can be recognized by its identity, type, and value.

Significance of Financial Modeling in Python

Python has grown to become one of the most popular programming languages used for financial modeling. Companies nowadays seek innovative tools for handling large volumes of financial data in a much easier way and Python fits into that criteria perfectly.

This has been a guide to Financial Modeling in Python. Here we discuss the PPF package and excel integration for python with mathematical tools and significance. You can learn more about from the following articles –