What is the Gold Standard?

The gold standard is a monetary term used when there was a system of gold exchange in lieu of the paper currency. The paper currency holders used to convert their money in gold with proper authentication because it was gold that was used in case of any monetary exchange.

It is considered to be the most effective way to keep the economy intact. In the year 1900, there was an act that was passed, and the name of the Act was the Gold Standard Act 1900. In that Act, it was mentioned that the gold could be exchanged with the paper money. The value for the gold was set by the government, and the paper currency can be redeemed with the exact valuation of the gold set by the government. It was adapted to control the economy and, thus, the misuse of the resources because the issuance of the gold was authenticated and checked very properly.

The gold standard was a standard price set by the government to control the money supply in the country. The government sets the prices of the gold, and the citizens can exchange their paper money in gold because gold was in the trend at that time. The absolute economy was set up by the gold prices levied in the country. This gold price was considered to be a standard, and therefore the country should follow the standard set. 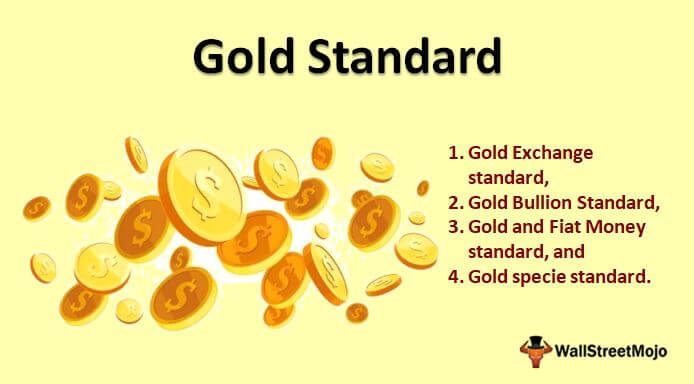 The effective standard of calculating the economy and an approved way of money exchange i.e., Gold standard, was abandoned by the countries. Presently no country uses this method of economics. There are many factors that have led to the abolishment of this system. It was not a failure; rather, it was a good method for economists. The major reason for the abandonment of this standard was that this standard was not able to raise the value of money because the circulation of the gold was somewhat restricted, and that couldn’t reach out to the entire economy. Therefore the US government started with the concept of Fiat money, and now it is doing well for them. The Fiat money system has also proved the equality in the economy of scales, and hence it was abolished.

Gold Standard was the history of the economy in most of the countries. It was considered to be the safest and most prominent way of money exchange when paper currency was not evolved. The government used to rely on this method to control the flow of currency in the country and hence considered very important. They started losing their impact after the government changed the mindset of equality. The paper currency can provide equality in the country, and therefore the government was forced to take up the change for the economy, and thus this standard has lost its importance.

The gold standard was the monetary exchange method, which was used by several countries, but because of its fewer benefits, the method is now changed to the paper currency. Some countries still have some gold reserves, but to form equality, the paper currency or fiat money policies is being used by the whole world now.

This has been a guide to what is Gold Standard and its definition. Here we discuss history, types, and how it works along with advantages and disadvantages. You may learn more about financing from the following articles –