Percentile Rank is the percentage of scores that shall be equal to, or it could be less than a given value or given score. Percentile like percentage also falls within the range of 0 to 100. Mathematically, it is represented as, 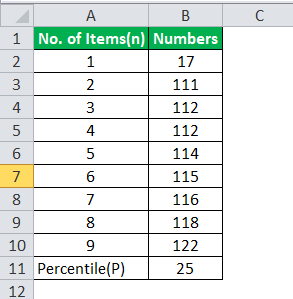 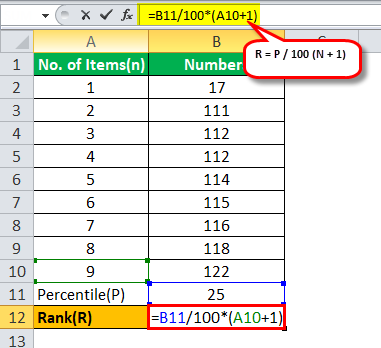 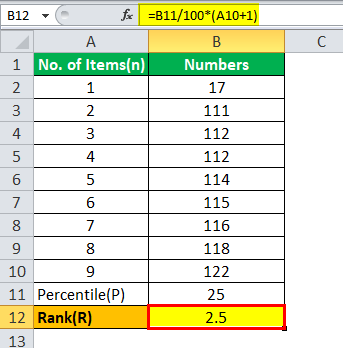 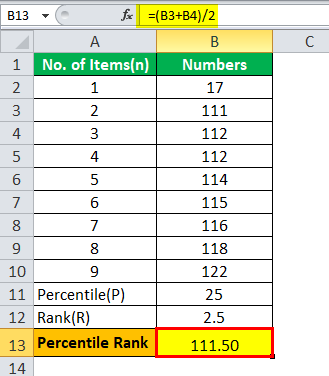 William, a well-known animal doctor, is currently working on the health of elephants and is in the process of creating medication to treat elephants from a common disease they suffer from. But for that, he first wants to know the average percentage of elephants that fall below 1185. 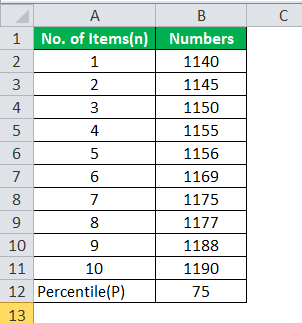 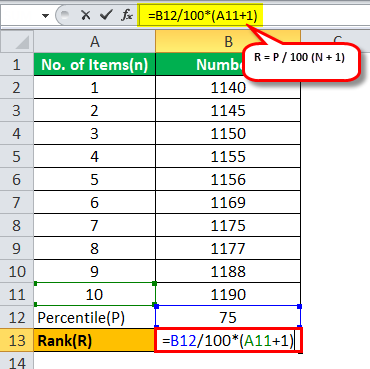 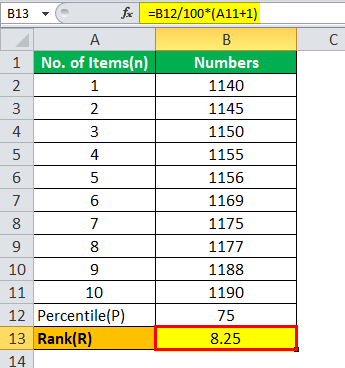 IIM institute wants to declare their result out for each student in relative terms, and they have come out with the idea of instead of providing percentages, they want to provide a relative ranking. The data is for the 25 students. Using the Percentile Rank formula, find out what will be the 96th percentile rank?

The number of observations here is 25, and our first step would be arranging data Rank-wise. 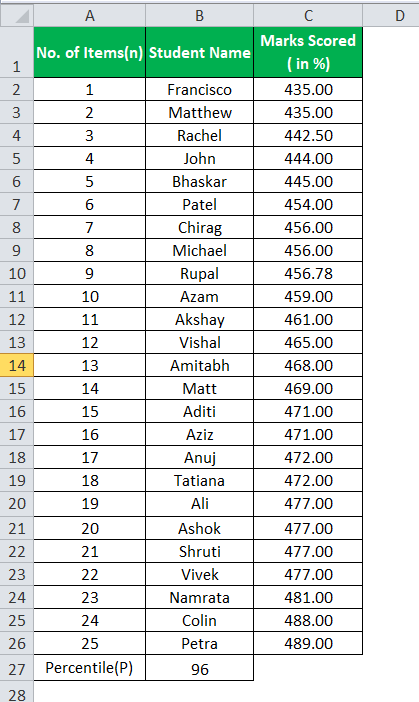 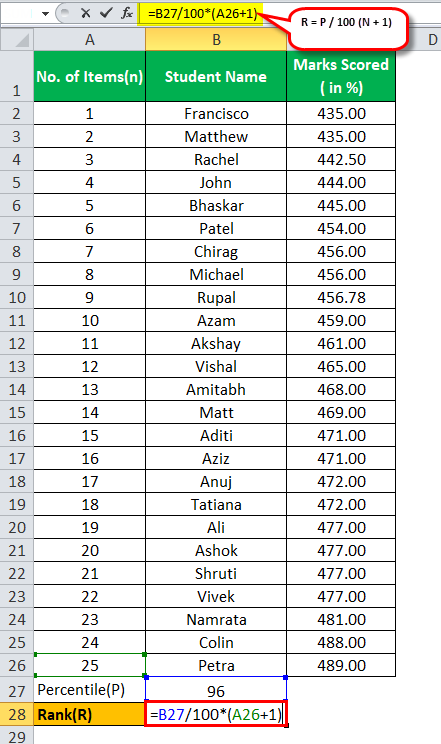 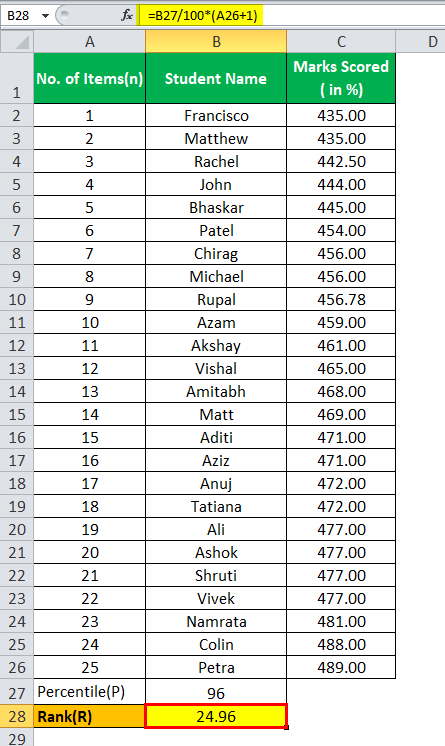 Let us now determine the value through the excel template for Practical example I. 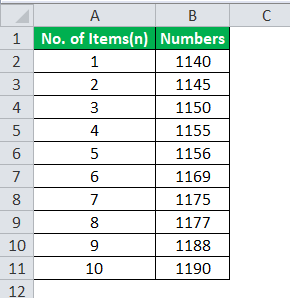 So, The Calculation of Percentile Rank can be done as follows- 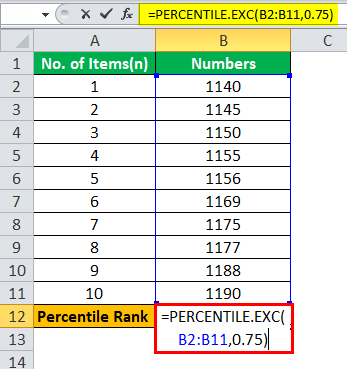 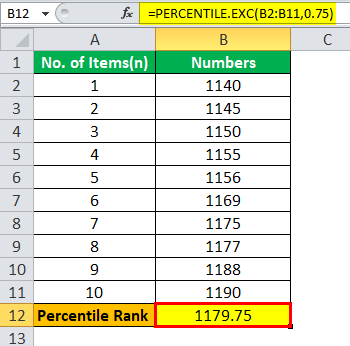 Relevance and Use of Percentile Rank Formula

Percentile ranks are much useful when someone wants to understand quickly as to how a particular score will compare to the other values or observations or scores in a given dataset or in a given distribution of scores. Percentiles are mostly used in the field of statistics and in the field of education, where instead of providing relevant percentages to the students, they instead give them relative rankings. And if one is interested in the relative ranking, then mean, actual values, or the variance, which is the standard deviation, will not be useful. So, it can be concluded that percentile rank gives you the picture relative to other always not an absolute value or absolute answer that is in relation to other observations and not in relation to mean. Further, some financial analyst uses this criterion to screen the stocks where they could be using any of the financial key metrics and picking the stock, which lies in the 90th percentile.

This has been a guide to Percentile Rank Formula. Here we learn how to calculate percentile rank in excel with practical examples and a downloadable excel template. You can learn more about excel modeling from the following articles –