What Does RANDBETWEEN Do in Excel?

RANDBETWEEN is the excel formula that can generate random numbers between two numbers. This is a volatile function and keeps changing when any changes occur in the worksheet. 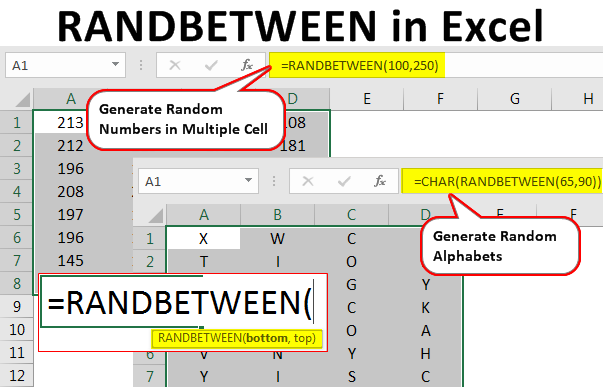 Examples to use RANDBETWEEN Formula in Excel

Let’s start with a simple example. Open the RANDBETWEEN function in the cell in a worksheet.

Enter the bottom number as 10 and the top number as 30.

Close the bracket and hit the enter key to get the random number between 10 and 30.

We got 20 as the answer, perform some other activity in excel; it will change the number to a different one.

Since it is a volatile function, it keeps changing every time when something happens in the worksheet. 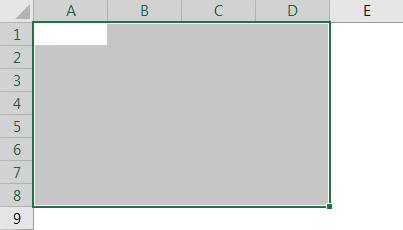 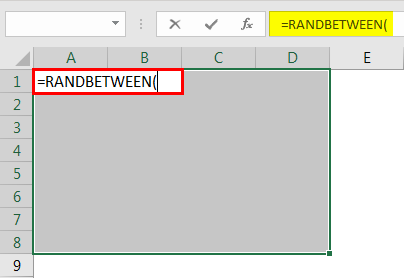 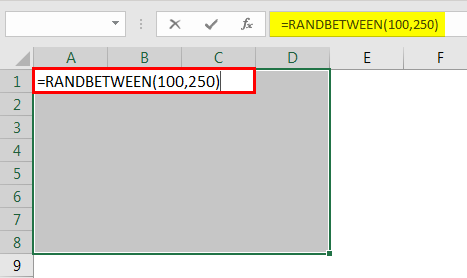 Close the bracket but do not simply hit the ENTER key; rather, hit CTRL + ENTER to insert random numbers in the selected cells.

Just to inform you excel RANDBETWEEN formula can insert only positive & negative integer numbers. If any of the bottom and top numbers infraction, then excel automatically converts the number to the nearest integer value. 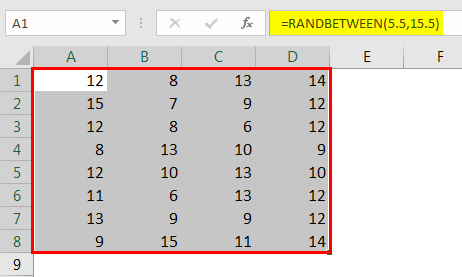 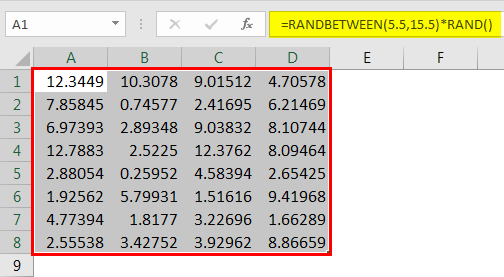 We need to enclose the CHAR function in excel with RANDBETWEEN. 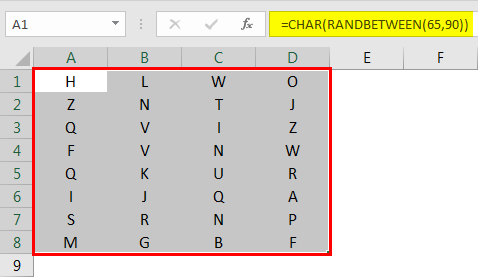 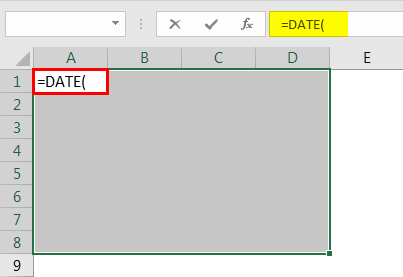 Step 2: The first argument is YEAR, for this open RANDBETWEEN formula and supply years as 2015, 2018. 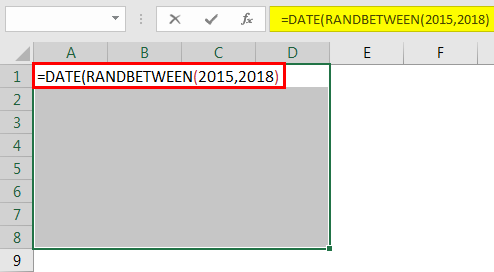 Step 3: The next argument in the DATE function is MONTH, for this also open RANDBETWEEN function and supply numbers as 1 to 12. 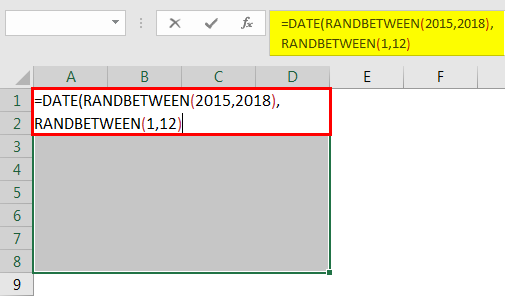 Step 4: The last parameter of the DATE function in excel is DAY, for this supply numbers from 1 to 31 for excel RANDBETWEEN function. 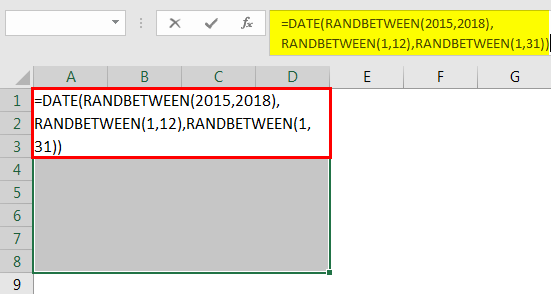 Now hit Ctrl + Enter, we will get random dates in a selected range of cells.

This has been a guide to RANDBETWEEN in Excel. Here we discuss how to use the RANDBETWEEN function in excel along with examples and a downloadable template. You can learn more about excel functions from the following articles –