RAND function in excel is also known as the random function in excel, this formula generates a random value which is greater than 0 but is lesser than 1 and the distribution is even among those numbers if used on multiple cells, the important thing to remember is that when we recalculate the formula the result changes. 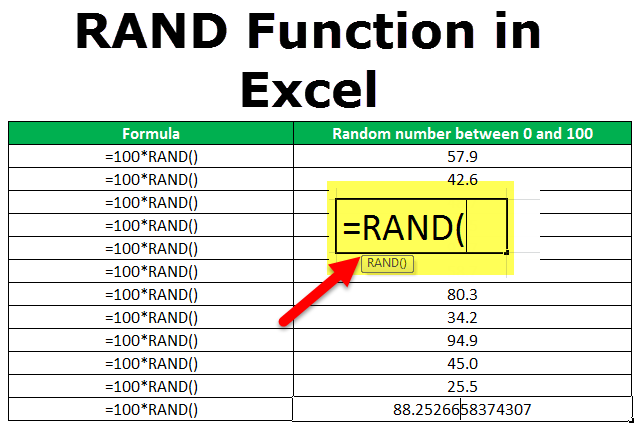 RAND Formula excel has no parameter; just return a random number excel that is greater than or equal to 0 and less than 1.

How to Use RAND in Excel?

RAND function is very simple and easy to use. Let us understand the working of Excel RAND function in some examples. It can be used as a worksheet function and as a VBA function. 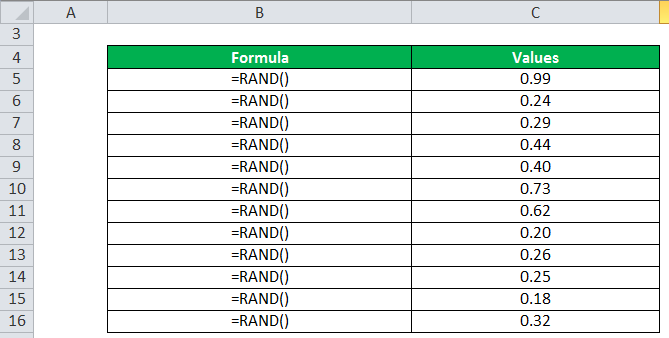 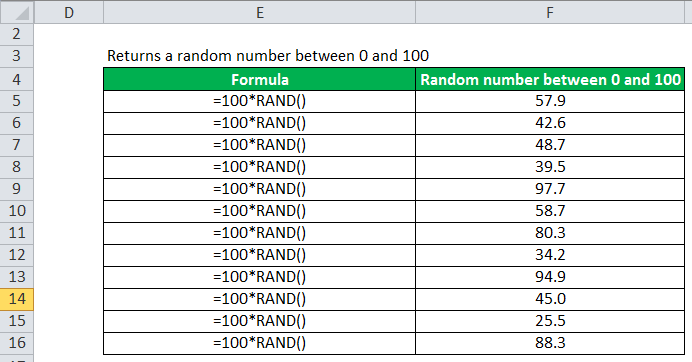 If you want to calculate the random number excel between two numbers, you can use the following RAND formula Excel. 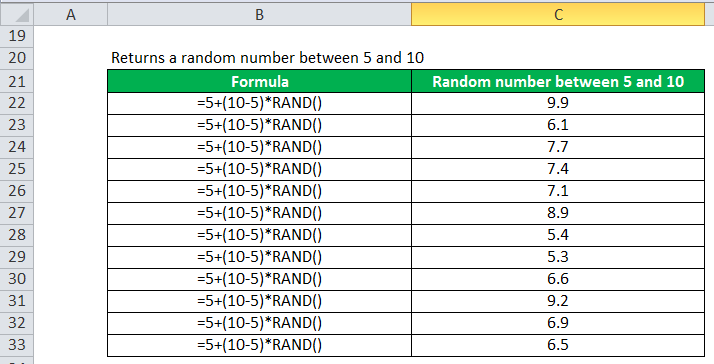 Rand Function also generates random time; you just need to apply the RAND () and then change the cell format to time only. 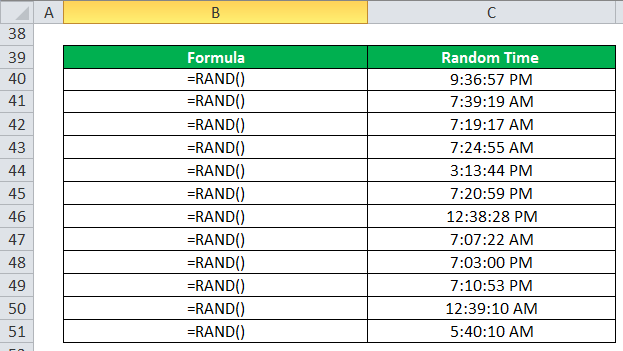 Excel RAND Function can be used as a VBA function.

In this example, the variable called RandomNumber would now contain a random number excel between 50 and 100.

This has been a guide to RAND Function in Excel. Here we discuss the RAND Formula excel and how to use the RAND Excel function along with excel example and downloadable excel templates. You may also look at these useful functions in excel –